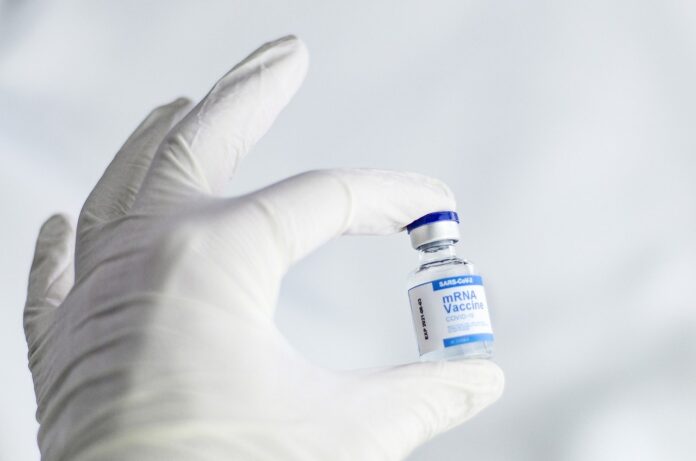 As COVID-19 continues to make headlines, the push to vaccinate has two distinct dissenters: Those who believe that the vaccine could be dangerous and those who have taken or will take it but believe no one should be forced to take part.

The two dissenting groups are messing just fine, because both believe in freedom, both the freedom to choose to take the still technically experimental injection and the freedom to decline any and all medical treatment.

The third group, of course, are those who believe that everyone should be vaccinated, or else not allowed to be part of commerce and everyday life.

While their complete motivations are still unclear, some part of this debate is what sparked a Tennessee hat store to start selling a yellow Star of David patch with the words “Not Vaccinated” emblazoned on them. The insinuation was that the proposed “vaccine passports” would essentially brand those considered anathemas because they haven’t chosen to take part in the widespread vaccinations.

It’s worth mentioning here that many of those who have decided not to take part in vaccinations have done so on religious grounds, whether it be because they feel it violates the natural immune system they’ve been given or they believe there is aborted fetal tissue in the COVID-19 vaccines.

According to The Daily Wire, the Nashville store, hatWRKS, which is owned by Gigi Gaskins, quickly issued an apology for their decision to sell the stars that were a copy of what Nazis forced Jews to wear when they were being marked for extermination.

“In NO WAY did I intend to trivialize the Star of David or disrespect what happened to millions of people,” Gaskins wrote in her apology Instagram post.

“That is not who I am & what I stand for. My intent was not to exploit or make a profit. My hope was to share my genuine concern & fear and to do all that I can to make sure that nothing like that ever happens again. I sincerely apologize for any insensitivity,” Gaskins wrote.

The shop owner’s controversial move prompted a huge backlash from local residents who decided to demonstrate outside the store. Protesters brought photos of Gasink wearing the patch and a banner that said “NO NAZIS IN NASHVILLE.”

HatWRKS has also lost its ability to sell many products it previously carried, including a deal with Stetson, who announced they would no longer be working with the Nashville shop:

“As a result of the offensive content and opinions shared by HatWRKS in Nashville, Stetson and our distribution partners will cease the sale of all Stetson products,” Stetson said in a tweet.

Hat company Goorin Bros who initially only committed to “investigate” the issue later said the company would end its distribution with hatWRKS “effective immediately,” saying the company is “horrified” by the badge.

“The Jewish badge was a key element used by Nazis beginning in 1939 who planned to persecute and eventually murder millions of Jews. They used the badge to humiliate, segregate, and control the movement of all Jews over seven years old,” Goorin wrote in an Instagram post.

“To make a mockery of the Holocaust in any form is unacceptable and completely insensitive. We are looking at all options to fix and address this unfortunate circumstance,” he wrote.

Was the outrage warranted? Possibly, however, HatWRKS seemed to be less trying to trivialize the Holocaust and more attempting to warn Americans about his belief that the unvaccinated will be “segregated marked & must wear a mask. what comes next?”

“There is a historical parallel to fascism to be drawn,” hatWRKS wrote in the post.

HatWORKS has been canceled for trying to point out how a people group is being targeted by the government. It’s possible The Star of David has seen that play out before.