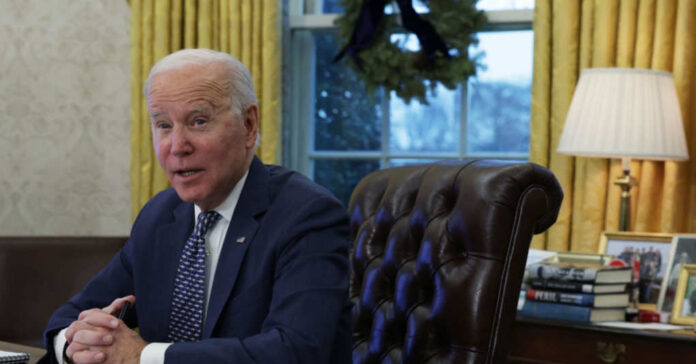 On Monday’s broadcast of MSNBC’s “Morning Joe,” White House Spokesman for Oversight and Investigations, Special Assistant to President Joe Biden, and Senior Advisor to the White House Counsel’s Office Ian Sams responded to a question on whether there could be any classified documents at any other locations owned or used by President Joe Biden by stating that he’s going to “be really careful not to talk about potential future steps and developments in the investigation” and he’s not going to get ahead of the process.

Co-host Mika Brzezinski asked, “Ian, are there any possibilities that there are documents at other locations owned or used by President Biden in the past?”

Sams responded, “So, the President’s personal lawyers and DOJ are in communication and they’re making sure that they’re coordinated on the next steps of this investigation. Look, we’re going to be really careful not to talk about potential future steps and developments in the investigation itself because we respect the independence of DOJ to conduct this thoroughly and fairly on their own accord. And so, I’m just not going to get ahead of that process and questions like that.”

Brzezinski then remarked, “Okay, so there’s a possibility. I don’t know.”