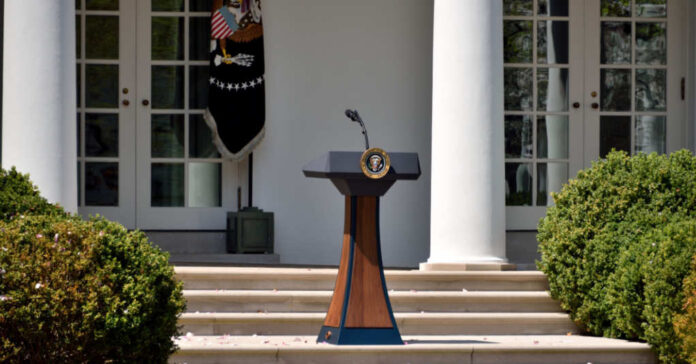 It wouldn’t take much or very long for just about anyone to figure out that most of the White House press corps is a bit biased and focused on the Democratic narrative only.

I mean, how many times has Biden given a press conference and made a major blunder, only to have no one, and I mean no one, call him out on it? How often have other members of his administration, including his rather incompetent press secretaries, said something all too ignorant or flat-out wrong, all for it to be ignored and subsequently swept under the rug?

To be sure, it’s happened more times than we can count, and usually on a daily basis.

Then again, it seems that even these partisan so-called journalists have a breaking point on how much crap they can ignore and cover up. And it seems for current WH press secretary Karine Jean-Pierre, that time has come.

According to a recent report from the equally biased and partisan CNN, more specifically their “Reliable Sources” newsletter, there is a growing number of press corps members who are sick and tired of Jean-Pierre’s work, despite some of them actually liking her as a person. After all, she is the first black woman and openly lesbian press secretary on record.

As one press member noted, her likability “shouldn’t be an excuse for her competence professionally.”

Per the report, the last straw seems to be this whole classified document scandal involving President Joe Biden. In covering the incidents, Jean-Pierre lied and seemingly falsified reports a few too many times, even for her liberal cronies.

As the report’s writer Oliver Darcy wrote, most of those speaking out against Jean-Pierre’s antics are doing so anonymously, but they are finally doing it nonetheless.

As one journalist told Darcy, “You just get the feeling that you’re wasting your time and whatever is in front of her in the binder is all she is going to say, no matter how many times you ask the question. It’s just a painful waste of time.”

Yes, that binder is why quite a few are concerned.

I mean, whoever heard of a press secretary who has a binder of acceptable answers (as well as lies) rather than actually telling the press how it actually is? Can she not put together a sentence without reading it verbatim? Does she not have any thoughts of her own?

As one correspondent says, the binder and her other mannerisms make her “arguably the least effective White House press secretary of the television era.” Of course, those who served under former President Donald Trump weren’t included in that list. Naturally, even a democrat as horrible at their job as Jean-Pierre is still far better than either woman who quite effectively worked for Trump.

Still, there are those committed to the Democratic side of the aisle that apparently cannot sit so tight-lipped about Jean-Pierre’s inefficiencies any longer.

You know, like the fact that after the second batch of classified documents was uncovered, Jean-Pierre made a statement that Friday promising that any such documents that could be found had been. So there would be no more surprises.

And yet, the very next day, another batch was found.

Even more disturbing is that at the time Jean-Pierre was giving this statement about not finding any more, Biden’s lawyers had actually already found the next batch. In fact, those newly discovered documents were found on Thursday.

Cecilia Vega of ABC News said during Tuesday’s briefing, “On Friday, you stood there, though, and were asked about this documents issue, by our count, some 18 times. At that point, the president’s lawyers had found these five additional pages of classified documents. So, did you not know on Friday that those documents had been found when you were at the podium? Or are you being directed by someone to not be forthcoming on this issue?”

To be sure, either answer would make Jean-Pierre look bad. She would have to admit that she is ignorant… or that she’s a liar.

And when even the liberal media outlets say this, you know there’s a problem.