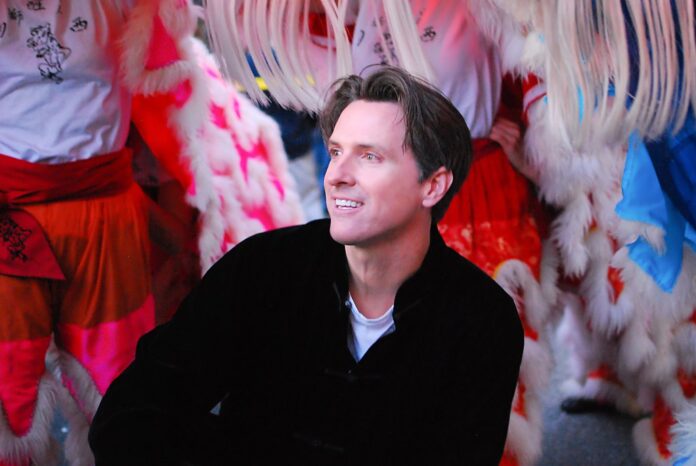 Newsom may think that he’s in charge, but it’s obvious that Californians don’t respect him. He’s lost all ability to lead his people. Now, instead of listening to his regulations, they’ve laughed in his face with parties of epic proportions.

Governor Gavin Newsom is all about closing down businesses and requiring people to follow a strict curfew. However, those across California have shown that they want to live their lives – and that means partying like there’s no tomorrow.

Throughout Los Angeles County, New Year’s Even parties were shut down by the “Super-Spreader Task Force.”

In the past, sheriff departments had said that they weren’t going to adhere to the public health orders. They were going to look the other way. Now, it appears that they are not only going to follow Newsom’s rules but they’re going to go to the extreme.

Newsom’s a horrible governor. He has proven that he doesn’t believe in allowing the American people to enjoy the pursuit of happiness – and he’ll do whatever it takes to make sure that his ridiculous pandemic orders are being followed.

Underground parties were targeted – and the operations by LAPD resulted in detaining at least 900 while arresting or issuing citations to at least 90.

California is one of the many Democratic-run states that have shown time and again that they’re looking to take as many rights away from citizens as possible. Forget about what the constitution says – Newsom believes that he has the right to determine the best way to reduce the spread of COVID-19 – and that includes restrictions that prevent people from living their lives.

What’s considered a “super spreader event?” Well, that’s not being defined. Instead, Newsom is allowing LAPD and the police departments of other counties across the state to fill in the blank so that they can take away people’s rights at random.

What is being defined as “massive” New Year’s Eve parties across LA County were broken up – including ones in Pomona and Malibu.

It’s clear that it’s not actually about preventing the spread of the virus, however. It’s about control. Law enforcement officers arrived on the scene at the parties and used a loudspeaker to announce: “This super-spreader party is now over.” Deputies proceeded to instruct partygoers to leave the premises immediately or face a citation.

Wait, that’s it? If they truly believed that this was a super-spreader event, where was the rapid testing of COVID? Where was the collecting of names for COVID tracking purposes? That wasn’t a concern. They just wanted to end the fun. As for whether anyone at the party actually had COVID, it’s not their concern. All they really succeeded at was sending hundreds of people out of a building – hundreds who may, within a few days, start to show signs of COVID-19. As for how many those hundreds may come into contact with, too, it could be thousands.

How is this a good plan? Newsom thinks that if he creates the rules, they’ll be followed. Meanwhile, he thinks that if the parties are broken up, he’ll control the spread of COVID. The parties were already in swing. If people were going to contract COVID, the damage was already done by the time LAPD showed up.

The Democrats are only failing themselves. As one member of the LA Sheriff’s Department shared, they knew that one event was being promoted on Instagram. LASD had arrested the promoter earlier in the week – but was almost immediately released from jail. Had the Dems not been so fast to release a convict, they could have prevented the event from actually happening.

Is it the American people who should be punished or should it be the promoters of the events? What about the hotels, like the Doubletree in Pomona that allowed 200 people to party with no masks or social distancing in sight?

Newsom’s approach is all wrong, and LAPD is just letting the spreaders go right back to spreading – and they wonder why numbers are up across the state.