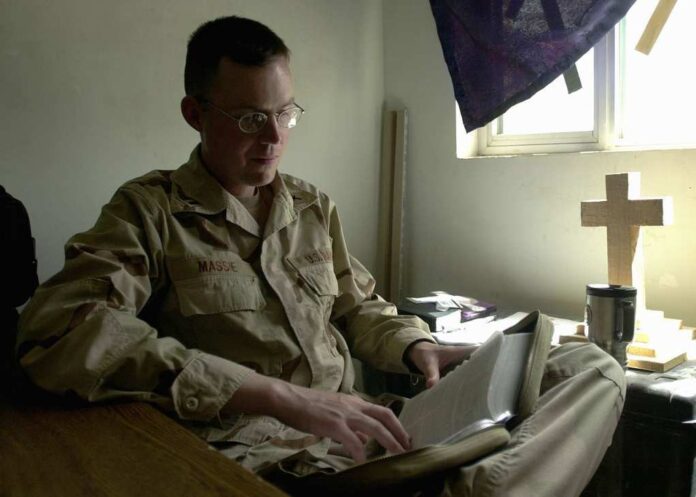 What the liberals want, the liberals get. They don’t care if it goes against tradition or even a person’s core values.

Military chaplains are now being forced to support any and all soldiers – including those within the LGBTQ+ community.

For most Christian religions, homosexuality is a sin. It is not something that can be easily remedied.

If the liberals understood the true role of a chaplain, they would see that this decision is difficult. The average chaplain in the military has a degree in theology or religious studies. Further, their role within the military is to perform religious rites and conduct worship services.

In some instances, a chaplain will also provide counseling and offer advice to commanders. They’ll help individuals with religious and moral matters.

Many believe that LGBTQ soldiers are not being safeguarded within the military. This means that they are not being treated with dignity, their wellbeing is not securely intact, and they may not be valued.

How is this suddenly the role of a chaplain? Chaplains are to provide religious support to ensure that the members of the military are ready and resilient. If a person is not religious, they are typically not coming into contact with the chaplains.

There are other counseling services available to military members. Regardless of faith, gender, or sexual orientation, individuals can seek out mental health counselors to ensure they are getting the services that are needed.

Christian chaplains will have to begin providing more services to LGBTQ members, regardless of sexual orientation or gender identity.

There are chaplains, of course, who believe they need to support more of the LGBTQ community, especially now that we are in the midst of Pride Month. To understand where these chaplains are coming from, it’s critical to look at the competencies of the Army Chaplain Corps.

Care for the wounded.

At no point does it mention an “if” or a “but” when it comes to orientation.

The problem is that the chaplains are not the only counselors on a military installation. Chaplains are those that serve in a religious capacity.

At what point does a chaplain’s right to exist and execute their faith have to be pushed aside in order to offer services to the community that feels as though they are being forgotten?

The liberals are making demands without taking into consideration the overall ramifications. Too many liberal politicians make demands without even listening to the community that they are fighting for.

It’s not as if there are headlines every day with members of the LGBTQ+ community in the military begging to see a chaplain and being turned away. There are plenty in the community who believe themselves to be Christian. And those who still hold religion near and dear are not being turned away. However, it is unfair to ask military chaplains to essentially force themselves on the community without first knowing a person’s religion or overall heart’s desire.

Conservative chaplains should not have to forfeit their religion in order to serve a community that would be better served by mental health counselors. Chaplains have had a clearly defined role for years in the military.

Protecting the human rights of lesbian, gay, bisexual, transgender, queer, and intersex persons is not one of them, regardless of any memorandum that the Secretary of Defense may want to send down.

LGBTQ+ military members get the same rights as everyone else. Forcing members of the military to bend over to appease them would give the community more rights, not equal rights.