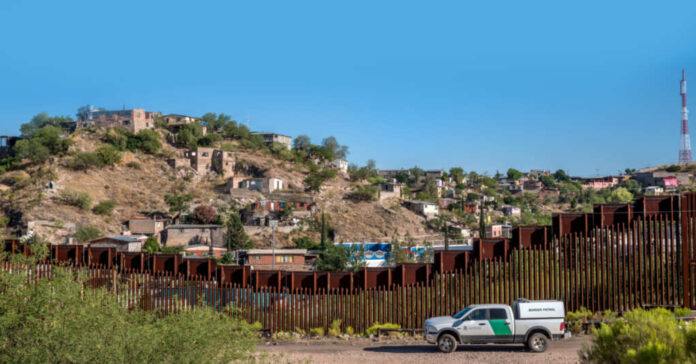 Joe, I’m too busy to go to the southern border, Biden has an administration that is actually blaming Republicans for the last month of chaos with illegal immigration.

Let that sink in.

This is although Democrats controlled the federal government including both chambers of Congress up to just a couple of weeks ago.

The White House Administration just broke a record for the number of illegal aliens that were engaged at the U.S.-Mexico border last month. This is according to information released by U.S. Customs and Border Protection (CBP) late Friday evening.

There were 251,487 encounters of illegal aliens with federal officials last month at the border, this is the highest number that has ever been recorded in history.

If you add last month’s numbers with the first two months of the fiscal year 2023, October and November, that means the U.S. is on track to have close to 3 million illegal alien encounters this year.

“Of course the numbers will be higher when Republican elected officials, like smugglers, falsely proclaim the border is open because of a court order to lift Title 42,” one administration official claimed to Fox News.

The Biden Administration has seen 10 straight months of more than 200,000 illegal alien encounters per month on the southern border.

Fox News reporter Bill Melugin tweeted, “A reminder, there have been approximately 1.2 million known gotaways at the southern border since President Biden took office.” He also noted that those were only the “known” gotaways.

Chad Wolf, the former Acting Secretary of the Department of Homeland Security, did not mince any words in saying that Biden’s Administration has abolished any pretense of border security.
Another official called what Biden is doing a “catastrophic crisis.”

Yet, the White House is saying Republicans are acting like “smugglers.”