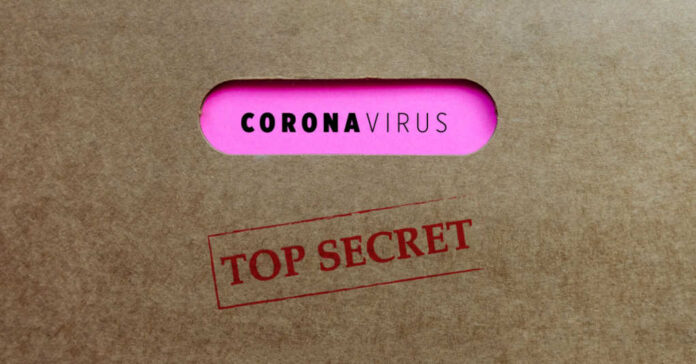 Ever since word first broke of a strange new virus in China, the American people have been curious as to what happened. Then, a few cases popped up in Europe. Next, the US saw its first cases. Many surmised that it would be like Ebola, and we wouldn’t see much if any. Especially as President Trump wisely chose to close the border to incoming air travel from China and other countries.

Dr. Fauci served as the director of the National Institute of Allergy and Infectious Diseases at the time. Along with National Institutes of Health (NIH) Director Francis Collins, Wellcome Trust director Jeremy Farrar, Scripps Research’s Kristian Andersen, and Dutch Virologist Ron Fouchier and others worked together on COVID. On Feb 8, 2020, an email from Anderson showed that the group was “focused on trying to disprove any type of lab theory.”

With Anderson ultimately being the first author of the most influential early paper on COVID titled “The Proximal Origin of SARS-CoV-2,” he got a lot of early press. The paper was cited by 2,000 different media outlets, and it was viewed over six million times according to online records.

This paper was based on the idea that COVID was a natural occurrence, and was co-authored by several scientists who were found to be talking to Fauci frequently in the weeks leading up to its publication. According to records, several members were in support of the lab mistake theory but quickly changed their views. In the end, Andersen asserted that the group was in existence just to debunk any lab claims.

“Our main work over the last couple of weeks has been focused on trying to disprove any type of lab theory, but we are at a crossroads where the scientific evidence isn’t conclusive enough to say that we have high confidence in any of the three main theories considered,” Andersen said in the Feb. 8th email.

Andersen was initially opposed to publishing the paper but told Fauci and others that Nature Medicine had accepted “Proximal Origin” for publication. This led to Fauci sending a congratulations email for their work.

The Intercept spoke with multiple scientists, with several claiming that the evolution of the views expressed in the paper was just a part of the scientific process. Yet others questioned why they flipped so quickly and with little changes in the science that should have caused the flip. Interestingly enough, some members of the paper like Andersen and Robert Garry of Tulane University got large grants from the NIH in recent years.

Infamous researcher Fouchier was critical of the lab-leak theory from the get-go. His groundbreaking H5N1 research has made his opinion incredibly important in the world of infectious disease. However, this kind of criticism before even researching it should be incredibly troubling to anyone.

Tobias received the emails back in November after a yearlong battle. The NIH heavily redacted the previous editions of the emails, and they released them kicking and screaming. This kind of coverup is something the American people as well as people across the globe should be irate with. Yet, the mainstream media and the progressive left are happy with things just as they are.

Dr. Fauci and his accomplices should be thrown on trial like the Nazis who performed medical experiments on the Jews and others in the name of Hitler. Thus far, there has been overwhelming evidence that this virus came from a Wuhan lab, and that Fauci had direct knowledge of it.

All of those sub-questions make up the details and differences about how intentional it was.