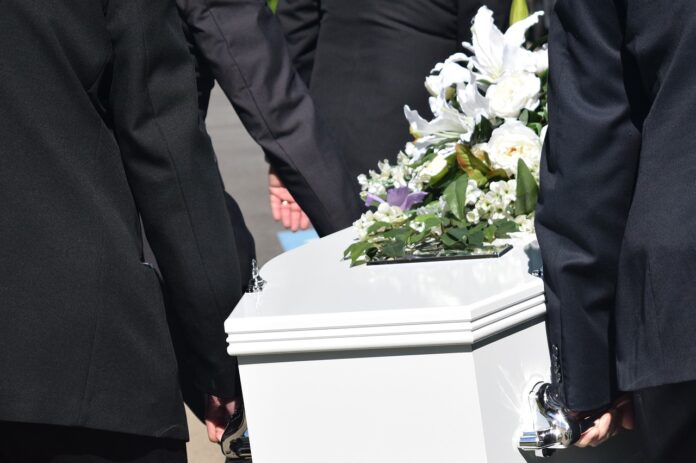 Even as the COVID-19 vaccine continues to roll out to the most susceptible, the forest is still thick with trees. Each new day sees a higher hospitalization and death toll than the previous one.

In some locations, hospitals have already reached, or are close to reaching, their capacities. Gift shops have been converted to makeshift patient rooms and refrigerated cargo trucks have been brought in to temporarily house the deceased until they can figure out what to do with the ever-growing pile of fresh dead bodies.

And therein lies the problem. What to do with them. Mortuaries and funeral homes have capacity levels as well, and they’re becoming overwhelmed. They have no room to store them. This is especially true in the Golden State of California, and more so in the southern part.

In southern California, owners of mortuary and funeral homes have been forced to hang “No Room at the Inn” signs. For the first time ever they are having to, with heart-breaking difficulty, turn grieving families away.

Rob Karlin, the bewildered owner and funeral director of Los Angeles Funeral Service in Culver City, said, “The thing that’s never happened to me, even since the beginning of this, is I’m now saying to people who are calling me, ‘I’m sorry. We can’t accommodate you. We’re at capacity.’”

Karlin added how neither the casket company he founded in 1996 nor the funeral services he began offering in 2005, have ever “been in a position where I had to say, ‘I’m sorry. I can’t help you.’”

On one recent day alone in Los Angeles County, 7,181 new patients were admitted with COVID-19. A fifth of them wound up under ventilators in intensive care units, and on the same day, 227 died. This number accounts for a 3-fold increase in cases since infections soared to their peak levels in July.

Karlin said that many of his capacity issues are due to the process of burying bodies being backlogged. There is much more to it than digging a six-foot hole. They must first obtain death certificates, retrieve the bodies from the coroner, and then embalm them. Everything is taking longer,” he said.

Another slowdown is the result of embalmers having to take extra precautions due to the nature of the deaths. “They’re taking extra precautions and using a lot of bleach,” Karlin added. “There’s uncertainty about how long it’s dangerous on a dead body. I don’t know. There’s so much unknown.”

Another funeral home in the county, Felipe Bagues Mortuary in Boyle Heights, has also been faced with the arduous task of turning families away. Jennifer Bagues, the general manager, said they are overwhelmed. The small mortuary was founded by her great-grandfather and has space for 20 bodies.

Bagues said that 75% of the calls she’s be answering as of late are pertaining to COVID-19 deaths. She has even received calls from families concerning burying a second family member. Since the pandemics start, she just recently planned the fifth funeral of its type for a husband and wife who died together.

Bagues blames bureaucratic slowdowns for the issues being faced, but not properly dealt with, in California. She said obtaining permits and such is not a problem since it can be done online. But, the paperwork required by law to ship a body out of the country, which pertains to many of her clients, must either be mailed in or delivered by hand. “This,” she said, has brought the process to a crawl.”

So for the time being there is no light at the end of the tunnel for California. In case anyone needs a reminder, the state is liberal and as blue as a cloud-free sky? Is there any wonder why the real issues lie within their leadership? This is true bureaucracy at its finest.