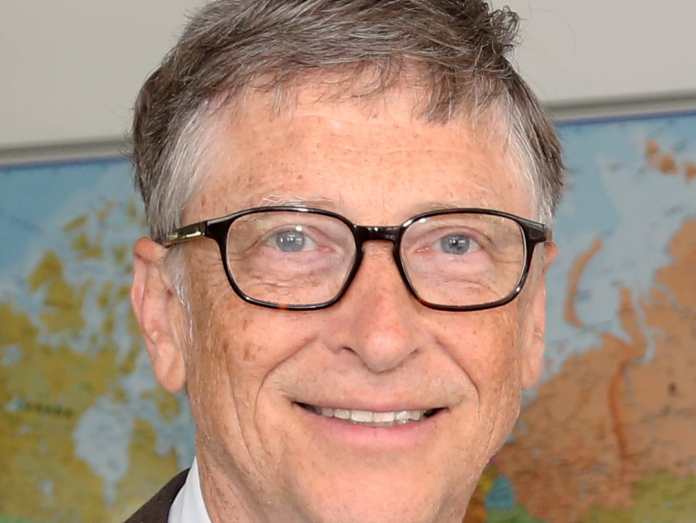 Bill Gates tries to position himself in between the political lines. When pressed, he makes a conscious effort to say that he never donates to any of the presidential campaigns. He has gone on record countless times to say that he’ll work with any administration to help make a difference.

However, it’s clear that Gates is starting to lean more toward the left. Melinda Gates has been vocal about supporting Hilary Clinton because of the work that she’s done for women and girls.

Bill Gates has also decided that he’s not a fan of the way that Trump has been handling the pandemic, pointing to the efforts made in Europe. Even though many countries have gone on lockdowns, opened up, and had to go in lockdown again, he says, “Our leadership is lacking, and that’s why we’re seeing so much death in the United States.”

Would he have done things differently if he were in charge? Absolutely.

Bill Gates has always had a God complex. He wants to sweep in with his billions of dollars and his connections to try to save the day.

He’s managed to defend Communist China on more than one occasion. While WHO was tweeting about how well Chinese authorities have handled the pandemic and cooperated with its transparency, the disease spread around the globe. They knew about it long before they said anything out loud, but sure, they’re transparent.

Gates has been accused of saying that China did a lot of things right, with many claiming that it was a distraction. Drew Holden, a journalist with a left lean even went as far as calling Bill Gates out on Twitter for making claims about China that holds “a stunning inaccuracy for someone so important.”

Bill Gates is in favor of lockdowns. Forget about American rights or anything like that. Forget about national education campaigns that could teach Americans the safest way to prevent the spread. He believes that bars and restaurants should close across the country for another six months and that the lockdowns, in general, shouldn’t end until 2022.

Think about that. 2022. If it were up to Bill Gates, he’d lock the entire country down for at least 12 months.

Wait, how would average Americans survive without being able to go to work and get the supplies that are needed? When you’re a billionaire, your concern isn’t about how the little people will manage. He’s got enough money to buy a private island and fly there by private jet so that he can live comfortably while American civilization crumbles.

Remember the comment about the God complex? Bill Gates is so caught up in trying to save the world that he has ideas on what else needs to be done.

In the event that we can make it through the pandemic (without a 12-month lockdown, preferably), he plans to save us from global warming.

Fantastic, the billionaire founder of Microsoft has figured out a way to prevent global warming? Sure. He plans on spraying millions of tons of dust into the stratosphere.

Huh? Gates has decided to throw money at a research plan that promises to “dim the sun and stop global warming.” For those who are shaking their heads in disbelief at this point, it’s known as Project SCoPEx.

Why is it that Gates feels the need to “fix” everything? If he was so sure that he has all the answers, why hasn’t he run for public office yet?

More importantly, shouldn’t he stick to the things that he actually is supposed to be good at? Maybe we’ll let him have a crack at the pandemic once he can actually create a Windows version that doesn’t reboot without warning.

Until then, we’ll just be thankful that he’s not in charge. We don’t want his plans to lock us down for the next year nor do we want a bunch of geo-engineers messing with the sun. Keep your money and your ideas to yourself, Mr. Gates.