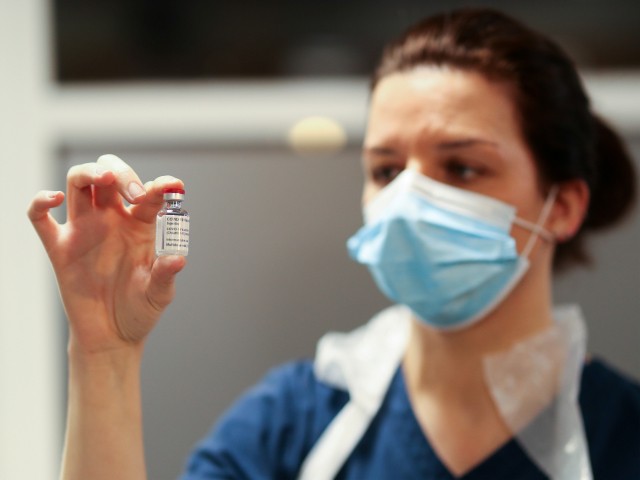 The survey, detailed by Forbes on Friday, was conducted May 25-31 with 40,408 interviews in the United States. It found 31 percent of Americans expressing hesitancy to get the coronavirus shot.

Morning Consult asked respondents, “Have you gotten the vaccine, or not?”

The survey comes as the Biden administration ramps up efforts to get 70 percent of the nation vaccinated by Independence Day. Even the Centers for Disease Control and Prevention’s (CDC) director, Rochelle Walensky, is now encouraging parents to get their children 12 and older to get vaccinated.

Notably, the survey found Russia and Australia as the two countries expressing the most hesitancy to get vaccinated, 53 percent of Russians indicating they are “uncertain” or “unwilling,” and 37 percent of Australians reporting the same.

Of the countries surveyed, the United Kingdom wielded the most vaccinated people (70 percent). Canada followed with 67 percent.

According to Morning Consult, “The rate of skepticism has fallen by an average of 5.5 percentage points in the 15 countries tracked, and has fallen by at least one point in 14 of those countries” over the last seven weeks.

According to the CDC’s June 4 data, 41.4 percent of the U.S. population is “fully” vaccinated, and 51.1 percent have received at least one dose.