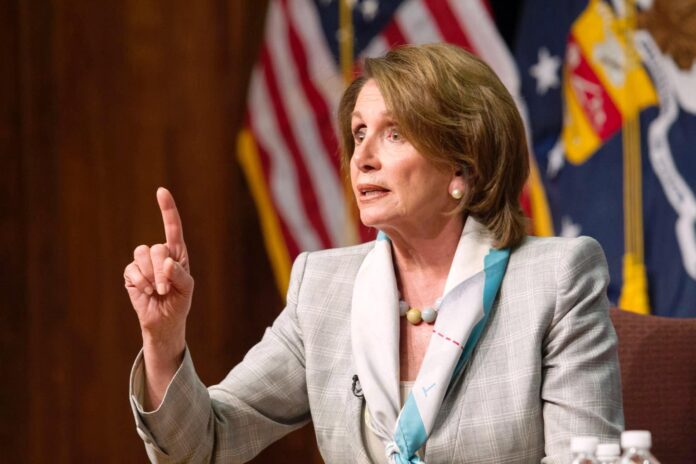 As much as the Democrats love shutting the country down, they’re not very good at doing what they preach. They’re constantly breaking quarantine rules to serve their own purposes – birthday parties, extravagant dinners, and even haircuts. It has resulted in quite a few COVID positive cases among House Democrats.

Nancy Pelosi is assumed to win Speaker of the House because no other Democrats are going after it. The Democrats have the majority, so it’s a clear win…right?

COVID-19 could be the very reason why Pelosi may not get the majority of the votes. There are fewer House seats in the next Congress. Additionally, there’s a rule that the votes have to be made in person. Many members have been voting remotely on issues throughout the year. However, voting for the Speaker of the House involves being present on the House floor.

Uh-oh. It appears that things may not go in favor of the Democrats on this one.

Quite a few representatives may be sick or quarantined, meaning they won’t be able to make it to DC in order to cast their vote in person. Representative Rick Larsen (D-Wash.) is one of the most recent ones to identify that they have received a positive test result and will be voting by proxy in the coming days of House scheduled votes.

With the Democrats losing 11 seats and the Republicans gaining 17, there’s only a 17-member lead for the Democratic Party in the House. Not all Democrats may choose to vote for Pelosi because they see her as too old to have her finger on the pulse of the country as well as too progressive for their likes.

All it takes is a handful of Democrats to not be on the House floor for the vote and for all of the GOP to be in attendance to shake things up.

It’s a test of the numbers. The math could work in favor of the GOP to vote in a GOP speaker, something that is almost unheard of when the other party holds the majority. And Kevin McCarthy (R-Calif.) is waiting to happily accept the position.

Everyone is relying on one another to be healthy. They’ve acknowledged that they’re in a health care crisis, yet neither party can afford to be sick. It hasn’t been going so well, though, considering that there have been at least 35 members of Congress to test positive since the beginning of the pandemic.

There are quite a few states in which the pandemic seems to be hitting especially hard – including California. There are over 40 Democratic Representatives in California alone. They’ve got Governor Newsom to lead them, so it’s very possible that many may be unable to make it to DC for the vote because of quarantine. New York isn’t looking much better.

The margin for error is slim. Nancy Pelosi may want to do her party a favor and simply go away. At 80-years-old, she’s one of the oldest members of Congress. Even hardcore Democrats aren’t a fan of her approach, so she’s not going to be missed if she were to turn around and retire. At the very least, she could let another Democrat run for the Speaker, giving a younger leader a chance to shine. However, she’s not going to do that. She’s greedy, she’s egotistical, and she’s set in her ways.

So, the vote will happen in the middle of the pandemic. Although she thinks that it’s locked away so that she only has to step forward and claim her victory, COVID may have other plans.

It won’t take much for Kevin McCarthy to come away as the victor. It’s a position he’s had his eyes on for years, and he’d love to be able to claim it from Pelosi.

The vote happens on the opening day of the 117th Congress, January 3. If too many Democrats choose not to vote in Pelosi or simply stay home for fear of getting the coronavirus, it may be an amazing victory by the GOP.