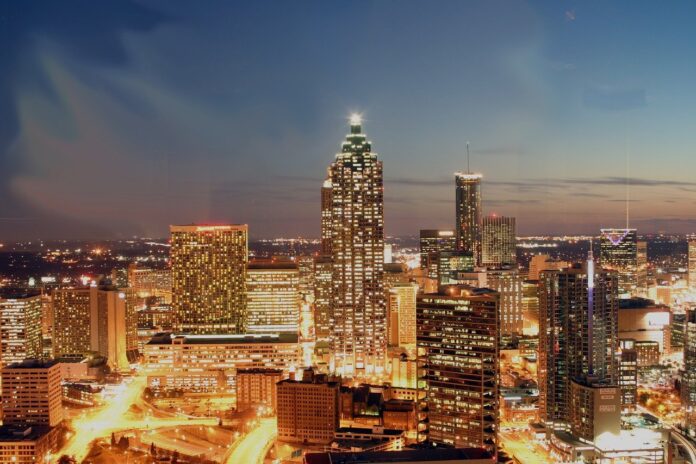 It’s hard to go anywhere in the political world when crime is rising almost uncontrollably in your city. Keisha Lance Bottoms is the mayor of Atlanta and has been seen as a rising star in the Democratic Party.

First mayor and then…where? At one point, she was being considered for Biden’s VP but was obviously passed over for Kamala Harris.

Bottoms may not go anywhere considering that crime is on the rise. Atlanta has experienced its deadliest year in decades, and much of it has to do with Bottoms sitting back and watching it all happen.

BLM protests, anti-police protests, and more have resulted in a significant amount of crime.

However, if you listen to Bottoms, it’s only an “uptick” in crime.

Most people would agree that an “uptick” is only a small increase in crime. There have been 154 homicides in 2020 – and there haven’t been this many since 1998. It’s clear that things are out of control in Atlanta and Bottoms isn’t ready to accept blame for any of it.

City Councilman Howard Shook decided to take a swing at the Atlanta mayor for her lack of action and her choice of words when discussing the problem. He made a statement to say how many don’t feel safe beyond their front doors and that “it is obvious that the civilian authorities do not control the streets.”

Shook went on to say that he doesn’t want to hear the word “uptick” because it minimizes the concerns of citizens. He’s been very vocal about Bottoms trying to ignore the problem by telling citizens that crime is up everywhere when it’s clearly not. Further, there’s an outflow of officers who are tired of dealing with her inability to take control of the criminals.

The councilman says that there are three things that are needed to begin to turn things around: leadership, some leadership, any leadership.

The supposed rising star isn’t going to be going anywhere except for out of the mayor’s office if she can’t figure out how to lead the city toward a safer future.

Bottoms had the chance to address the criticism that she received from Shook. Rather than offering a glimmer of hope to the residents of Atlanta, she confirmed everything that he’s been saying. She explained how many cities are “grappling” with an increase in violent crime and how it’s “not an abdication of responsibility” but rather an “acknowledgment of the widespread severity.”

There are cities that are dealing with an increase in crime but they’re also shutting down the protests. They’re issuing warnings. And, they’re allowing officers to do their job by making the necessary arrests.

Well, it seems that was money that got poured down the drain since crime is skyrocketing throughout the city of Atlanta. Residents don’t feel safe. People are being shot in shopping malls and being stabbed in parks.

With one of the latest crimes, a shooting in Buckhead that killed a 7-year-old, it has highlighted that Bottoms isn’t doing enough for the city. There are too many crimes happening and there’s not enough action being taken.

Gerald Griggs, an attorney, and leader in the community has called for elected officials to ask for assistance in order to sort out the problems. This means that Bottoms is going to have to get off of her high horse and ask the GOP for some assistance. She’s not getting the job done, so she’ll have to ask Governor Kemp, a Republican. Or, she can ask Trump, another Republican.

The whole reason the city is failing is that she wants to depend on Democrats alone for help – and it’s become obvious that this strategy is failing miserably.