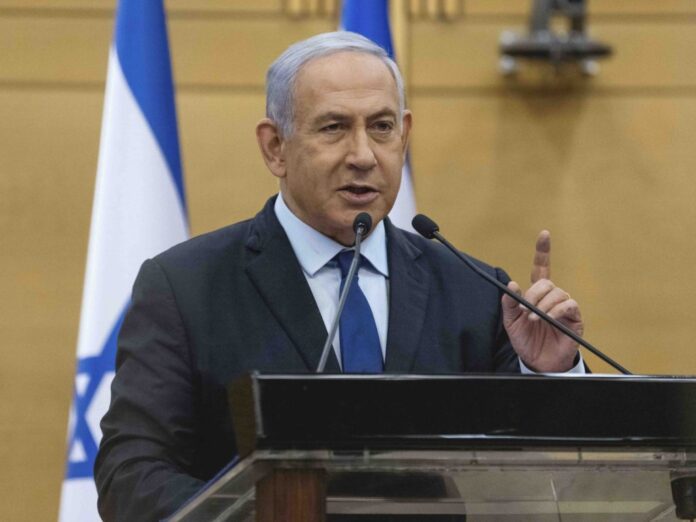 The crisis is exacerbated by the fact that incoming Prime Minister Naftali Bennett of the Yamina party betrayed most of his promises to his voters, including a pledge not to govern with Yair Lapid of the Yesh Atid party, or with Arab parties.

There are parallel to the 2020 election in the U.S. Though few claim that the Israeli election was “stolen,” as the country has in-person, hand-counted voting, there is a sense on the Israeli political right that the result was manipulated unfairly.

Moreover, incumbent Prime Minister Netanyahu has been under investigation for years, and faces trial on rather flimsy charges. And Israelis are perplexed that Bennett, a politician with a small constituency, could have emerged the winner.

There is even the presence of an Israeli parallel to the Republican Party’s “Never Trump” faction — political rivals on the right, such as Bennet, Gideon Sa’ar, and Avigdor Lieberman, who have broken with Netanyahu, ostensibly on principle.

On Sunday, Netanyahu condemned the incoming government, which has yet to be confirmed by Israel’s parliament, the Knesset. He called it “a scam against the public. The biggest election scam, maybe, in history,” the Times of Israel noted.

Netanyahu argued that the new government would not be able to withstand pressure from U.S. President Joe Biden to accept the Iran nuclear deal, and that it would be weak against Palestinian terror, given its reliance on an Islamist party.

Authorities are concerned that public outrage could turn violent. There have been demonstrations outside the homes of Yamina members of the Knesset, some of whom have suffered personal threats. Netanyahu has condemned incitement against his rivals, but claimed that he and his Likud Party have suffered worse.

There is also concern about a Jerusalem Day parade that was postponed last month because of the war with Hamas, and which could attract far-right participants.

Polls suggest that the Israeli public prefers the Bennet-Lapid government to a fifth round of elections this fall. But if the Bennett government takes office, it would probably be unstable, as Bennett has lost even the support of his own voters.