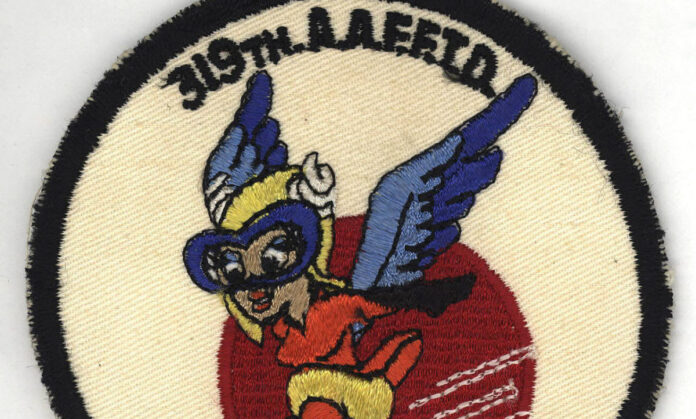 Many people like to refer to the new generation as a bunch of snowflakes. If it’s offensive to one person, there has to be something done about it. Welcome to the cancel culture.

However, there are instances when it’s offensive to a large group – and that’s when it’s only right for something to be done about it. The Air Force has realized that many of the emblems and morale patches are racist, sexist, or offensive in some other way.

The Air Force Secretary and Chief of Staff have signed a memo to order the review.

Squadron commanders and higher have until mid-February to sort out the offensiveness within their units. Patches, mottos, and even coins need to be examined. If it’s used to identify the unit or issue to airmen as a form of recognition, it is not to be offensive in nature.

According to the memo, the goal is to “ensure an inclusive and professional environment.” Anyone who has been in the Air Force long enough will know that there are plenty of coins and patches out there that are beyond a little offensive.

It’s about time that this happens – and it’s good that it’s being done under the Trump administration. Biden and the rest of his liberal cancel culture don’t need to worry about this. Otherwise, instead of just removing the offensive patches, they’ll remove it all. Forget about honoring those that have worked hard – let’s just give participation trophies to all.

Symbols, language, and visual representations need to be carefully inspected to ensure that they are not derogatory for people of a particular gender, race, ethnicity, sexual orientation, age, disability, or religion.

One excerpt released by the Air Force identifies that the Department of the Air Force should embody inclusivity and dignity for all of the airmen and Space Force guardians. The military branch has become determined to hold themselves to the highest of standards.

Great. Now if we can just get all of the military branches on board, this may actually turn 2021 into a good year. Considering there are all sorts of stories breaking about sexual harassment and such, particularly in the Army and the Navy, it’s high time for an overhaul of what’s happening in the military.

The memo goes on to explain that the use of offensive materials is only going to ostracize team members and undermine unit cohesion. Essentially, if it stands in the way of mission readiness, it has to go.

What’s offensive and what’s not? How much is really going to change? It is likely to depend on just how liberal some of the commanding officers are. A sword could just be a sword to one squadron commander but it could be a phallic symbol to another.

Those in the military also have to think about any challenge coins they may have purchased on their own. Every military base has a store where some of the most inappropriate coins of all time can be purchased. Challenging someone with an offensive coin could be grounds for a letter of reprimand at this point.

Commanders have been told to consult with equal opportunity specialists, historians, and staff judge advocates as needed to ensure that the reviews are handled with the highest level of care.

Now, it’s just a matter of sitting back to watch just how politically correct the Air Force is going to be. They’ll likely go to the extreme, changing history in an effort to show just how un-offensive they can be.

After all, the US Department of Veteran Affairs has already had to change its motto because it was “gendered and exclusionary.” Forget that it came from Abraham Lincoln’s second inaugural address. They literally changed the words that came out of his mouth by changing the quote to better suit them. The only problem? They changed history because Lincoln didn’t say the quote as they’ve since written it.