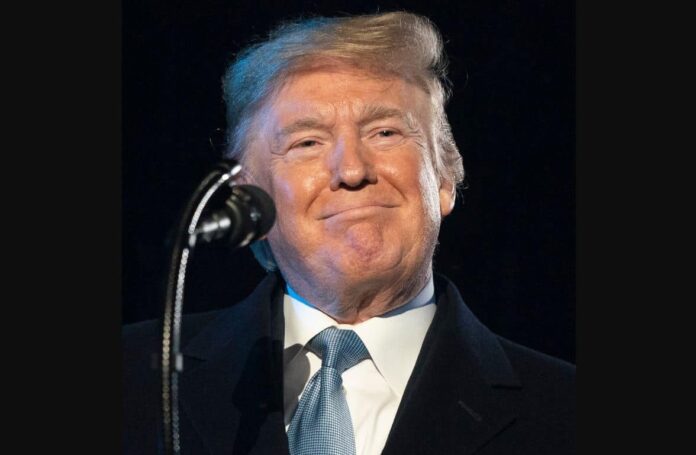 Donald Trump, for better or for worse, is a man of mystery. He likes to keep people guessing and he delights in their not knowing what’s coming next. But it’s much more than the simple game it appears to be.

Every step he takes is well calculated and has a purpose. Sneak attacks provide much better results than broadcasting you’re on your way. His supporters understand this about him. They also know how Trump takes great pleasure in watching liberals, who don’t get him, unnecessarily push the panic button.

Shortly after being forced from the White House, Trump launched his own private blog to keep his base aware of his mindset and where those thoughts might be leading him next. He had little choice in doing so after social media platforms trampled on his 1st Amendment rights in their attempts to silence his voice.

For reasons known at this point only to him, Trump’s blog has disappeared. He’s gone silent and he’s hiding better than Waldo. The only two words prior to pulling the plug were “Stay Tuned!” That’s it. There was no indication given of where to stay tuned into, but the Donald Trump we’ve all come to know and love will no doubt make a ‘yuge’ splash upon re-entry.

The announcement to shut down “From The Desk Of Donald J. Trump” was made by one of his senior aides, Jason Miller, who simply said the blog “will not be returning.” Miller then took to Twitter where he provided additional clues to the ongoing mystery by indicating that Trump will definitely be back, just maybe not where expected. No further details were provided.

Republican strategist Amy Tarkanian took a stab at the reasons by tweeting, “The Desk of Donald J. Trump” section of President Trump’s website has been removed and will not be returning per @JasonMillerinDC. Perhaps this is a precursor to him joining another social media platform?”

Or, perhaps Trump has his own social media platform in the works. One where he can’t be censored for telling things like they are. Considering how Twitter started banning tweets from other accounts that dared to share anything from Trump’s website, this would be an expected move on his part. But remember who we’re talking about.

Without being committal Miller tossed out a bone by suggesting that Trump “could” be in the process of launching his own platform. Dodging the question of when this might happen, he said, “Hoping to have more information on the broader efforts soon, but I do not have a precise awareness of timing.” In other words, “You’ll know when you know.”

Trump asking nicely for Twitter and Facebook to reinstate his permanently banned accounts hasn’t worked, and he’s not the begging type. The two giant platforms kicked him to the curb immediately following the Jan 6 insurrection, accusing Trump of using their respective platforms as command centers to shout out orders. He had used the platforms to formulate his long-term goal of dictatorship, so for the sake of America, they crushed his ability to speak out. Or so they foolishly think.

Miller teased a little more by saying, “I do think we’re going to see President Trump returning to social media in probably about two or three months here with his own platform, and this is something that I think will be the hottest ticket in social media.” “I think.” “Probably.” Don’t assume for one moment that Miller isn’t fully aware of what’s taking place behind the scenes. He’s just being a good soldier.

So for now, we wait. Whatever our rightful leader is up to will be revealed in his time, not ours. He works in mysterious ways. One thing known for certain is that whenever whatever it is happens, there won’t be any warning shot fired in advance. It won’t be announced like a premier to a multi-million dollar Hollywood blockbuster. It’ll just suddenly happen.

To repeat what we’ve already been told, “Stay tuned.” Bookmark this site. We’ll attempt to keep you updated as more clues are leaked out, and you can bet we’ll be on the constant lookout for them.