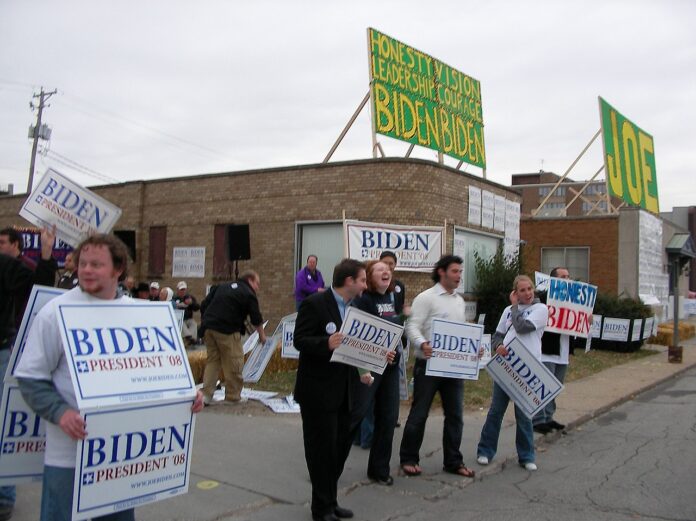 Antifa has been terrorizing the country for some time now and now they are more emboldened than ever before. Now that they have been able to infiltrate peaceful protest after peaceful protest, it seems as if they are about to push things to a whole new level. These terrorists marched through the streets and shouted all sorts of expletives.

They claimed that the public space was theirs to control. The crowd was clearly preparing themselves for a confrontation with the Proud Boys as well. It was “f— the Proud Boys!” and “our motherf—— streets!” because these are the people who claim to have so much empathy. These are the folks that are going to lead us forward.

If you take a moment to look at the video, make sure you have earmuffs handy for the little ones. The language that you are about to hear is pretty offensive. This is how the radical left talks when they think no one is going to be there to listen. Anyone who was waiting for them to show their true colors is definitely going to feel vindicated by this clip.

These domestic terrorists took to the streets in riot gear and the mainstream media remained totally silent on the matter. Andy Ngo and other well-known journalists shared the images but no one seemed to want to amplify this story. Gee, we wonder why? That’s because none of this aligns with the narrative that was chosen by the media already.

The liberal media has written the story in the manner that they desire and the rest of us are going to left to find the truth on our own. When stories like these are not shared in a timely manner, patriots are not given access to the information that they need. One of the protesters was even dressed in a pig costume, which is something that should have shared with the rest of the world.

Instead, people are being led to believe that these protesters have everyone’s best interests at heart. In reality, they only care about themselves and that’s all they are ever going to care about. Could you imagine what the reactions would be if Trump supporters were the ones who decided to take to the streets like this?

Let’s see what would happen if team MAGA took to the streets, claiming to own public space, while dressed in riot gear. No one would be willing to accommodate this type of behavior. So why is it acceptable for the radical left? Left-wing reporters love to carry the water for them and keep them from having to accept any form of accountability for what has taken place.

This weekend was filled with fire and brimstone about how the right-wing has gone too far. No one wanted to pivot and discuss the left-wing. Where are all the Congressional members who are always ready to complain about these things when it benefits them? The answer is in the question, of course.

These are the things that make people not want to head to the liberal cities of America anymore. The mayors of these cities love to play dumb and act as if they do not know why people are fleeing and vacationers are refusing to come. No one wants to be subjected to the whims of liberal rioters when they are simply trying to enjoy a nice, peaceful weekend getaway.

The city has become more and more desolate as the liberal stranglehold increases. This should provide a good lesson to all those who are undecided about who to vote for when their cities have to grapple with this decision. We have all of the evidence that we need. The liberal leadership needs to go, so our country is able to finally heal and move on from all of the divisions. These people are only going to keep pouring salt into the wound.