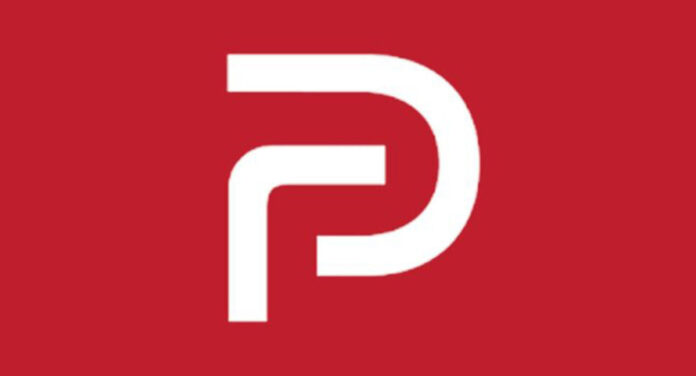 Censorship is upon us. Social media platforms have become America’s best source for immediately disseminating news and opinions, be they right or wrong. World leaders and politicians alike take the pages of Twitter and Parler to get their words out quickly, whether well-thought-out or in fits of rage.

For the common citizen, especially given these pandemic times, where else are you going to find a good argument or heated debate? Sometimes the mood just hits to either hunt for one or start your own.

The point is, at one time you could blast whatever came to mind over your favorite platform and have a grand old time without fear of repercussion. Like we all said when we were kids, “It’s a free country.” Well. It still is, but only kinda sorta.

Since the First Amendment was scribbled by a bunch of guys by candlelight with no knowledge of what the internet was, social media platforms must surely be exempt from playing the rules. Their big brother complexes have them determining what goes through, or in cases such as Facebook, what will land you in jail, or temporarily suspended from using your account.

Once all of this amendment breaking stuff began to happen, especially after Twitter jumped on board, a new contender emerged. A social media platform that promoted itself as a place for free-thinkers to say whatever they felt like at any particular moment. The platform immediately gained an immense following.

It was called, Parler.

The past tense is only being used because amid all of the chaos and liberal lambasting the site’s creators have faced, the platform has suddenly turned out the lights. They’ve gone dark. Poof…

But it wasn’t planned. Parler uses Amazon Web Services (AWS) to power its platform, and Amazon took it upon themselves to cut them off in mid-sentence. The reasoning? You’ll love this. Parler was not providing stringent enough censorship to satisfy the online retail giants’ liberal agenda.

These liberal self-censorship social media platforms have crews working around the clock to filter out what in their hair-brained minds they don’t agree with so nobody else should either. In fact. Their subscribers shouldn’t have to be annoyed with making their own minds up so they’re doing them a favor anyway.

AWS claims Parler violated its terms of service. Parler has been under an onslaught of fire from those who say the platform played a role in coordinating the U.S. Capitol riots. Amazon’s decision comes after both Google and Apple removed the platforms’ app from their stores for the exact reason.

According to CEO John Matze, Parler could remain offline for a week or possibly longer. The worst possible outcomes could be a lifetime ban, or Amazon and Google could choose to take their time and purposely bankrupt the company.

“It would put anybody out of business. I mean, this — they could destroy anybody. If they did this to any app, any company, it would completely destroy them. And we’re going to try our best to get back online as quickly as possible, but we’re having a lot of trouble because every vendor we talk to says they won’t work with us, because if Apple doesn’t approve and Google doesn’t approve, they won’t.”

What really started the ruckus was when Parler came under fire for a post by conspiracy theorist and devoted Trump lawyer Lin Wood. In light of VP Mike Pence not joining in on the Capitol insurrection, Wood called for his execution. Now granted, this is going a bit too far, but is censorship still not censorship?

Are we as citizens not intelligent enough to reach our own conclusions that we need social media platforms to keep us on the straight and narrow? If word about something as crazy as invading the Capitol needs to get out, it is going to find a way. Guys like Zuckerburg can’t stop it, and a retailer like Amazon has no business trying to stop anything. They need to stick to selling things.

It’s been coming for some time now but we’re finally seeing the full brunt of censorship’s grip. It’s how it all begins…