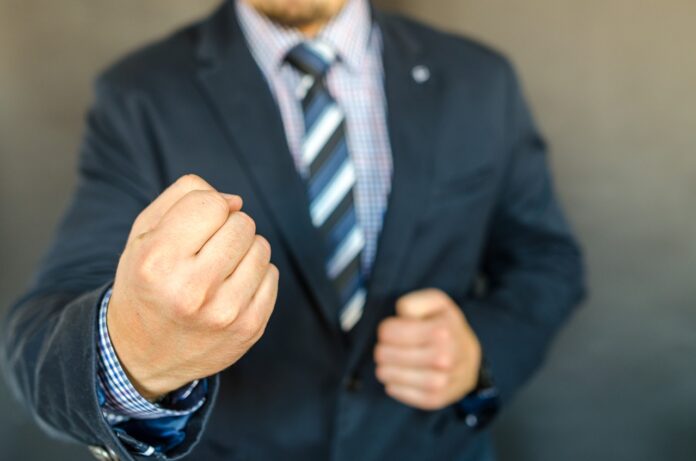 This is one of the most predictable things ever. We knew that this turn of events was coming. If only there had been a way to bet on this! We would have put the house on it. Rep. Louie Gohmert (R-TX) and Rep. Mo Brooks (R-AL) are both going to be censured if the Democrats have anything to say about it.

Their willingness to challenge the stolen election places them squarely on the Democrat hot seat. Everyone knows that they are going to use the attack on the Capitol as an excuse to come after anyone who they already did not like. The rioting at the Capitol has been pinned squarely on Trump supporters, as Antifa gets a free pass for what they were trying to accomplish that day.

This is how a government behaves when they believe that they are going to get their way. Tyranny is upon us and there is very little that can be done about it. The media seems to be headed into full Trump lockdown mode. After using him to sell countless hours of advertising space over the past few years, they are going to kick him aside the moment that he is no longer useful.

“1) Senior Democratic lawmakers tell Fox to expect a censure resolution in the House in the coming days for Reps. Louie Gohmert (R-TX) and Mo Brooks (R-AL). Fox is told there could also be consequences for Rep. Matt Gaetz (R-FL),” says Chad Pergram. The writing is on the wall. Anyone who ever showed any form of support for Trump is going to have to be punished.

The analogies about pouring gasoline onto a fire are outdated at this point. It’s a four-alarm blaze and you just know that the Democrats are happy to watch it burn. They do not actually care about what took place at the Capitol. They did not care about the pandemic either. Everything that happens in this country is a vehicle for political gain to them, no matter how tragic it may be.

America is simply not going to be able to survive under these conditions for very much longer. Everyone is being pushed to the brink and we are not sure how much more anyone can take. The Democrats’ goal at this point could not be more clear. They want the nation as we know it to be destroyed. There’s no evidence to the contrary at this point.

It’s not like it brings us any great joy to report on these things. Those who truly care about the nation are heartbroken. No one wanted to see things go this way. Any American who loves and cares about this country does not want to see it torn apart by the far left. Unfortunately for us, they already have their hooks in and they are going to keep pulling and pulling until there is nothing left to save.

Once a nation masters the concept of rigging elections so that one party can win them, there isn’t much left to do from there. Where can a nation go after 75 million voters have been told that their ballots do not matter and that they probably never will matter again? The president who was victimized by this process is not even getting the chance to say his piece in a public forum anymore. That’s a pretty chilling sentence to type, all things considered.

No wonder so many Americans are currently wondering when the liberals are going to come for them and their freedom of speech. If a sitting president is not safe in these instances, who is going to be? That’s why we need to be taking the time to spread the word while we still can. Who knows how much longer we have before all conservative communication is being cut off entirely? These are the unknowns right now that should make any true patriot very nervous.