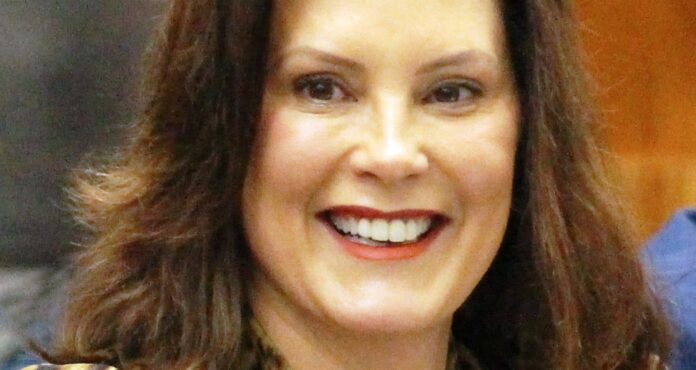 The glory days of the Democratic Party are all but coming to an end. They used the pandemic as a way of stealing power and destroying freedom, but now that it is all but over, they must answer for their crimes. The games that the liberal governors played with people’s lives have all but ticked them off. And now those people are demanding their souls be turned over for judgment day.

The wicked witch of the north, Gretchen Whitmer, has taken a giant leap off a cliff in popularity. Her defiant attitude and reckless decision-making have earned her a seat on the recall bus for unpopular governors.

The attempted kidnapping that was tried on her life represents the feelings most people in Michigan have for the northern witch. So many people hate her that it made it easy for the Michigan Board of State Canvassers to approve six petitions to recall the governor and her sidekick, Garlin Gilchrist.

That six petitions were initially challenged, but the Court of Appeals has sided with the people and approved the recalls. The race to recall Whitmer is gaining steam, and people are cheering in the streets over it.

Chad Baase is the man that is leading the charge. He contends that witchy Whitmer has violated the office by overstepping her authority and taking power that she was granted. The COVID lockdowns were the nail in her coffin. The state of Michigan had some of the worst regulations seen anywhere in the country.

Whitmer was bold enough to ignore orders from the high court in Michigan and kept her insane regulations in place. Basse pointed out that “Whitmer’s continued actions which show an ‘It’s OK for me but not for thee’ mentality is not the mentality of an effective leader to bring Success and Growth to Michigan.”

The Democrats love to play with technicalities. They love to redefine words so they can keep marching their path of defiance. When Whitmer was challenged in court, she tried to pass that she did not know what the word “bar” meant. She had closed down bars and put a lot of people out of business.

It would not take long for the court to see through her game. The stated, “We conclude that although the governor relied on the appearance of a string of nonsensical characters to support her challenge to the clarity of the petition language, the governor’s hasty conclusion about a word-processing irregularity does not arise often enough to compel reading the petition as featuring some gibberish in place of several normal characters that appear the rest of the time.”

Whitmer tried to play the stupid card and got toasted for it. The Democrats will have to update their get-out-trouble book since the courts are not allowing them to redefine words so they can continue to hurt people.

And all along the way, she has found an opportunity to blame other people around her. She has even tried to place the blame on Republicans for standing up to her and trying to force her to do the right thing.

The recall effort will have to explode in contact with the people. Michigan law prohibits a governor from being recalled in their last year of service.

The liberal governors are under attack by the very people that they snubbed their noses at in 2020. The same fate will await all the Democrats who deliberately ignore the people and push regulations that hurt people.

They seem to forget that the voter has the last laugh when it comes to choosing their leaders. If they do not like something that their leader does, they have to vote for someone else the next time an election is scheduled to occur.

The pandemic is all but at an end. Republican-led states have shown the world that there is no need to stay locked up at home. People can get out and live free without the fear of dying from a virus that has all but disappeared. There is no reason for liberal leaders to keep pressuring people to do things that are not necessary.