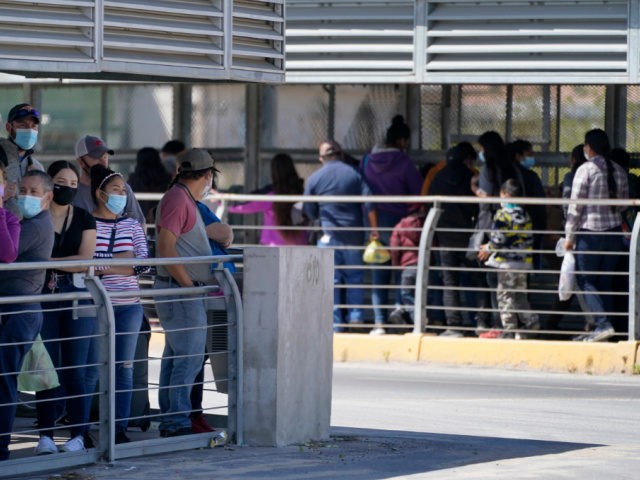 Migrants are everywhere at the southern border because Biden has promised them a shot at becoming American citizens. And while Kamala Harris is still working on the “root cause” for migration, it’s a complete disaster.

Since the Biden administration won’t do anything about it, Texas Governor Greg Abbott has.

Abbott has officially issued a disaster declaration since there’s a constant flow of poor economic migrants shoving their way into Texas and the rest of the southern U.S.

A statement from Abbott’s office blamed Biden for it all. They explained that “open-border policies have paved the way for dangerous gangs and cartels, human traffickers, and deadly drugs like fentanyl to pour into our communities.”

The reason that Texas is declaring a state of disaster in the border counties is to gain more resources. Landowners have to be protected. Further, state and federal laws have to be enforced as a way to control criminal activities.

This is the problem that the Biden administration doesn’t want to face. It’s not even focused on whether they can or cannot enter or where they’re all going to go. It’s about the crime that has flourished since Biden has made it possible for so many people to enter the U.S.

Pinky Gonzales, the sheriff of Refugio County, has said that the rise in crime has been terrifying. He explains that human smugglers are speeding through towns at 80 mph when the speed limit is only 35. He said, “They have no regard for property or human lives.” And, this is an overwhelming problem in all of the border counties of Texas.

The declaration allows the state to get serious about combatting the problem while Biden and Harris hide in DC. Law-breaking migrants will face tougher penalties. It will also make it easier to get money from the federal government to cover various economic costs.

Oh, but wait…Biden’s deputies are concerned that the declaration will endanger migrant children.

Are we more concerned about allowing migrant children to continue crossing illegally or offering safety and peace of mind to American citizens?

The spokesperson for the Department of Health and Human Services answered that the “top priority is the health and safety of the children in our care.”

Well, that says everything that we need to know.

HHS is concerned because Abbott ordered officials to shut down the licensing approvals for the Texas-based welcome centers that the federal government has tried to commandeer. Why? They need them to house child and youth migrants.

The HHS spokesperson has said that they don’t intend to close any of the facilities as a result of the order and that they are “assessing the Texas directive.”

They can assess it all they want. Abbott is looking to put an end to the crime wave in the only way that he can – by declaring a disaster.

There’s already deep concern about the economic threat being posed by migrants – yet the administration continues to do nothing.

If Biden won’t do something, Abbott will. He has no choice in the matter since he and other members of the GOP are the only ones willing to face reality. Neither Biden nor Harris will even visit the border to see the problem for themselves.

If we’re to wait on Alejandro Mayorkas, the secretary for the Department of Homeland Security, to fix the problem at the border, we’re going to be waiting a long time. Mayorkas is the one admitting all of the migrants into the U.S. They’re seeking jobs, and they’ll take them away from Americans.

The migration is leading to crime, wage-cutting, and rent-raising. But, it’s just a way to reunify parents and children who have had a rough go in their home countries, right? That’s what the Democratic administration would love for you to believe, but the border counties are faced with the ugly truth of it all.