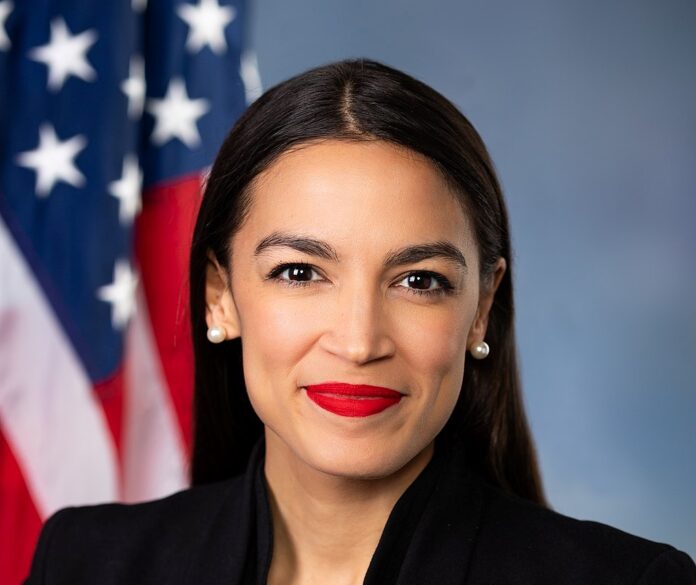 People that love money have a way of blinding themselves to the rest of the world. Some fail to see that they have the ability to make a difference in another person’s life. And those same people are unwilling to let go of a few cents because they love money. One lover of money has crossed the line of unworthiness because she fails to help her grandmother, who is living in poverty and dancing with the roaches.

Alexandria Ocasio-Cortez has stated that she knows what it is like to live in poverty, and yet she does not have the heart to help a member of her own family. Instead of just helping her beloved grandparent, she took a moment to use her grandmother’s pain to advance her political career and blame Donald Trump for all the pain her family is going through.

The AOC went to her grandmother’s home and took pictures of what it was like where she is living. She stated that “Just over a week ago, my [grandmother] fell ill. I went to Puerto Rico to see her- my 1st time in a year+ bc of COVID. This is her home. Hurricane María relief hasn’t arrived. Trump blocked relief $ for PR. People are being forced to flee ancestral homes, & developers are taking them.”

She went there to take pictures and visit with family, but she failed to take the time to leave some money behind for her family to be able to fix up their home. And it was not Trump’s fault that a hurricane blasted through the area. She alone can help, and yet she is not lifting one finger to a better situation.

Somewhere she sees Donald Trump turning a crank that builds hurricane-sized storms. She sees him as the one programming the storm to hit the homes of his political rivals. The AOC is as ignorant as her mouth is big. She does not understand how the weather works. And she certainly does not know how storms form and build in strength.

The AOC would later have to admit that her grandmother is doing just fine. Either she went there and took fake pictures and lied, or there is a real problem. But the solution to her problem is not to blame Trump, but rather to open her wallet and take care of the damage that her grandmother has to her home.

She would lie again when she would tweet that “It’s not about us, but about what’s happening to Puerto Ricans across the island. She had a place to go to and be cared for – what about the thousands of people who don’t?” It may be a shock to the ole gale, but it is not America’s job to care for the Puerto Ricans. They can take care of themselves.

After the nasty AOC finished her fake posting, several people took to bashing her for not caring enough to take care of her grandmother. Matt Walsh is a columnist that would write, “AOC went and bought herself a Tesla while her grandmother lives in a shack with a collapsing ceiling. It never fails with these champagne socialists. They expect everyone else to make sacrifices while making none themselves.”

It is a sad day when a new generation would instead turn a blind eye to the conditions of the elderly rather than help them out. The AOC proved to the world that she is a horrible person getting rich off the backs of the pour. And in this case, her own family.

Elias Cepeda is a commentator that was raging mad when he would say, “Good God, Rep., fix your grandmother’s house. This colonization of Puerto Rico is bi-partisan & your party as well as Trump’s party need to end it here and everywhere else our empire exerts its pernicious power, including in Venezuela where you supported Trump’s coup attempt.”

The AOC’s comments about Hurricane Maria are nearly four years out of date. It took the AOC four years even to care that her grandmother had issues with her home. But now that there is political blood in the water, she needs to find a way to blame the competition for problems in her family.