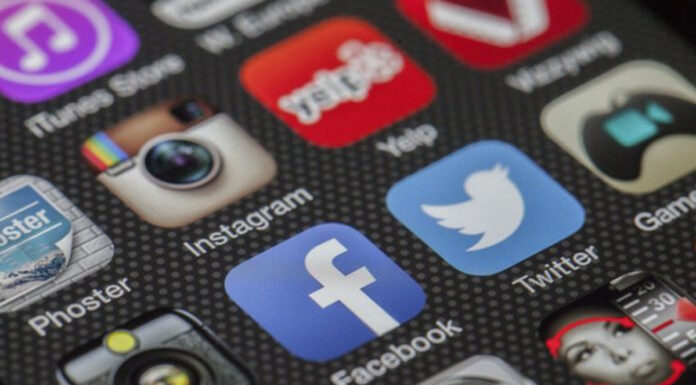 Liberal media and their social media cousins are working to remove any platform used by conservatives to communicate with one another. Parler had become the favorite place to land for conservatives once the liberals started locking up accounts for exercising freedom of speech. But now that the conservative base is moving and can no longer be silenced, social media giants want to eliminate their economic competition.

The left regime targeted Parler because the platform would not practice the art of selective censoring of conservatives. Since the people behind the scenes will not violate the Constitution, the company has come under attack to the point where Amazon Web Services decided to drop them and no longer service the platform.

The liberal monsters praised the move as a step in the right direction. But the freedom of speech will always fight back. Parler took their platform over to Epik, which is an internet web hosting company that works with conservatives.

The left may try and shut down the rational voices in America, but they are finding it harder than they think. The demise of Parler was planned by Apple, Google, and other “big tech” sources. It could also be said that the reason these giants are targeting Parler is because of the massive amount of Trump supporters that flocked to the site once Twitter and others started censoring content.

There is a process that Parler will have to go through in order to move to Epik. But it looks like the platform will find its new home soon.

The hypocritical standard coming from the liberal sites is deafening. They enforce rules on people that are lopsided and only focus on the conservative side. The liberals can issue their hate speeches, but the right cannot defend or say anything about the left. Twitter and Facebook are in the same bed as they continue to violate the rights of millions of people.

Parler is fighting back as they have sued Amazon for their treatment of the conservative site. One news site “stated that Parler sued Amazon on Monday, alleging that the tech giant’s actions are unfair, anti-competitive, and politically motivated because Amazon has not taken any action against Twitter for similar violent content on its platform. Twitter is also a client of Amazon Web Services business for hosting websites.”

The fight for America and freedom will not be fought on a battlefield. It will be fought in the courtroom. The liberal-socialist will try and steal Americans’ freedoms, and the courts will have to give them back. This is one reason why President Trump made it his mission to rebalance the courts.

Every conservative associated site and company are being targeted in some way by the socialists in America. Epik is also no exception to the rule. They are under attack as well for their part in hosting conservative platforms. The platform called Gab is another social media arena that is being targeted because they are against the threat that the left possess to the country.

Epik is not a site that is going to censor speech. They host other platforms that would not be considered moral by any definition of the word. One leftist organization called Vice stated that “Epik is already known as the internet savior of the far-right due to its support of other social media sites associated with the far-right.”

So, it seems that any business, person, or media center is ripe for the attack now that the liberals think they have all the power. These socialist nightmares forget quickly that power does not come from sitting in an Oval Office. It comes from the people.

The hateful left may think that shutting down sites like Parler and Gab will do the country well. But it stands to reasons that such sites are up and running because the left has made it necessary for them to exist.

The conservative voice cannot be silenced. People living in America have the right to voice their opinions and take a stand for what is right. For the left to try and take that away from the people, invite the voter to remove them from office.