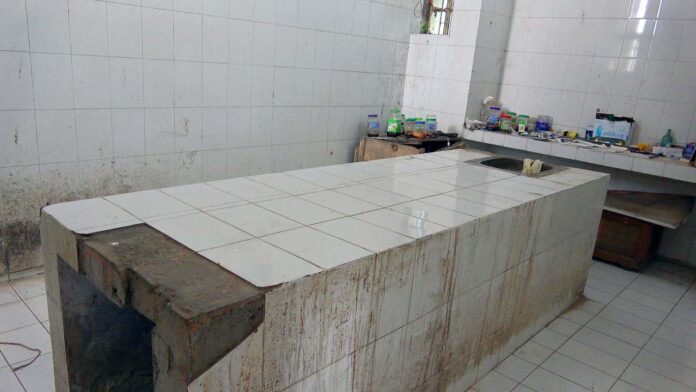 Shouldn’t the Democrats be focusing on their own at this point? It’s time to stop pointing fingers at Trump. Nancy Pelosi, Jimmy Gomez, Gavin Newsom, and countless other Democrats are in charge of California. And what’s being done to control the pandemic?

Obviously, not enough. The death toll has gotten out of control – and the advice that the city of Los Angeles has for residents is nauseating.

Stock up on dry ice. Why? It will help to keep the bodies cold until city workers are able to come to claim the body.

It may take days until a city employee is able to get to a home or a nursing home in order to collect anyone who may have died. The morgues are at capacity – and they won’t be able to take on any more bodies until the bodies they have been moved. The problem is that the nursing homes, too, are at capacity.

This is what has happened. The governor chose to go to the extreme with lockdowns to the point that people felt that they had to rebel.

The worst part about the whole thing is that they don’t see any kind of relief coming in the near weeks.

Anytime someone dies in LA County, they have to call countless funeral homes to find out if there is room. As one funeral home director said, he’s been in the business for 25 years and never had to tell families that there wasn’t room. Now, for the past 10 days, he’s been telling people that they’re at capacity.

One of the biggest problems is the lack of refrigeration. Hospitals have refrigeration as a way to keep the bodies cold until they can be moved to a funeral home. However, convalescent homes and private homes don’t have that kind of refrigeration. And, there’s simply no one who can pick up the loved ones who have passed on.

Dry ice. That’s what families who have lost someone are being told to stock up on. It’s even made the headlines a few times throughout Los Angeles to encourage families to get dry ice in the event that they lose a loved one.

Another problem, however, is that even dry ice is difficult to come by at this point. It’s being used to transport the vaccines – the vaccines that are supposed to make everything better.

The morgue is at capacity. However, the LA County coroner is attempting to relieve the pressure by setting up a second morgue that is temporary. This is the only thing that can be done as the death toll grows.

And why is the death toll growing faster in LA than anywhere else? Much of it has to do with the homeless situation – a situation that has been grossly neglected by city leadership for years. There’s also the ridiculous overcrowding found in the city – another issue that hasn’t gotten the attention that it needs.

The city is completely incapable of handling the death toll – and it’s going to get a lot worse before it gets better. The president of the Orange County Funeral Directors Association, Kimberly Worl, explained that “When you’re having the influx of these death numbers, we just don’t have the amount of storage space.” She goes on to explain that there are not even enough funeral directors to take care of everyone.

Don’t call 911 unless it’s a real emergency. That’s the advice being given to people across LA County. A loved one who has died of COVID in your living room is not an emergency, so don’t bother. This is the reality that Californians are dealing with – and why? They allowed their Democratic leadership to fail. It’s only now that they’re realizing just how horribly the leadership has failed.

Pelosi and the other House Democrats may want to concentrate more on California and less on Trump before the bodies literally start piling up in the streets.