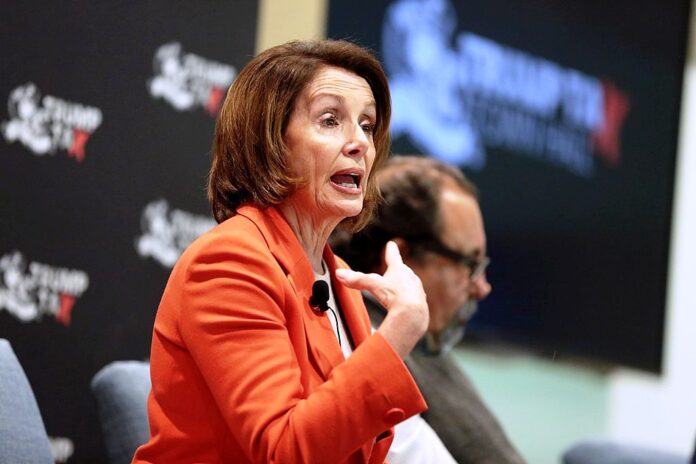 The Democrats have been telling anyone who will listen to them that they are the party of science. That’s been one of their primary selling points over the past few months. They can’t stop treating the GOP like out of touch dinosaurs, while they claim to exist on the cutting edge of science. It’s gotten real old, real fast.

We all know that the Democrats aren’t really the party of science. They only say this as long as people are willing to go along with the science that they already approve of. The liberals may act like the Democrats are the party who wants us all to live long and prosper but their actions speak louder than their words.

To them, all science is not created equally. The EPA tried to implement a Secret Science rule. This was designed to keep Americans safe and ensure that no junk science is relied upon. Scientific studies that are used by the EPA need to be properly scrutinized. This should make sense to everyone, right?

There is a fair amount of disagreement at the moment, though. A number of “green groups” have decided to file suit. They do not want the rule to go into effect. Their reasoning behind this decision does not make much sense, either. The Hill has more on this story but we are beyond baffled by this logic.

“Green groups on Monday filed a lawsuit in an attempt to prevent a new rule limiting the Environmental Protection Agency’s (EPA) use of certain studies from taking effect.

The lawsuit takes aim at the EPA’s Strengthening Transparency in Regulatory Science rule, also known as the “secret science” rule, which restricts the use of studies that don’t make their underlying data public.

The agency has billed the rule as a transparency measure, though its opponents argue that it will prevent consideration of important public health studies that can’t publish their data for reasons such as privacy,” the Hill reported.

These groups act like they are environmentally minded but nothing could be further from the truth. If we have the right (and we think we do), important health studies would be disqualified from consideration for reasons that are not entirely satisfying. They claim that the exposure of the data could lead to a privacy rights violation for the participants.

This is a load of crap and we know it. For example, we have all been watching the vaccine trials from Moderna and Pfizer very closely. Have any of the patients who have been involved in these trials had their privacy violated in any meaningful way? No, because the names of the patients are being stripped out before anyone has a chance to learn them.

Patients’ identity usually is not much of a concern unless a lawsuit has already been filed. The patient’s basic information is all that is recorded, no names are ever taken down. The studies are also performed in a manner that is specific to the CDC and the FDA. Does the EPA even utilize these studies or is this complaining for complaining’s sake?

The real motive here is not hard to figure out. The studies that have been used in the past about climate change were considered to be flimsy. When these studies are exposed to any form of public scrutiny, scientists end up tearing them apart. The data is revealed, their peers tell them where it is lacking and they end up running away with their tails between their legs.

The executive summaries that are released do not provide the meat and potatoes of the studies. When government agencies are compliant, this works well for their needs. It’s not scientifically valid, though. All of the backroom wheeling and dealing needs to be stopped so that the science is able to stand on its own. The fact that the liberal crowd does not like this new rule should be a dead giveaway.