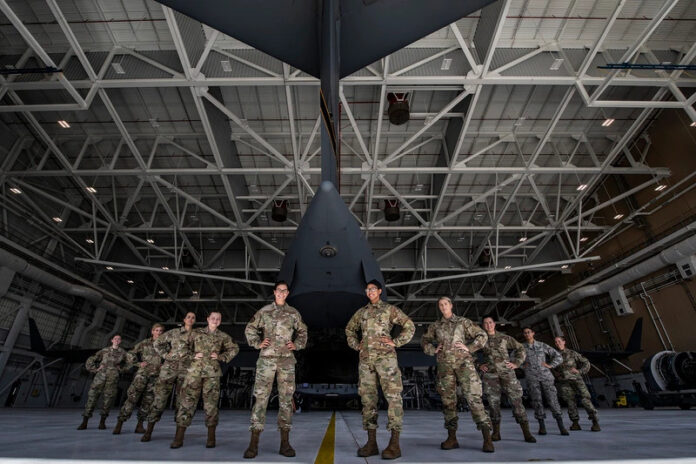 The liberals seem to want to fight about anything and everything. They’re ready to change everything without even thinking about whether it’s necessary.

Currently, only men get drafted into the U.S. military. Only men are required to register for the draft when they turn 18.

That’s a problem for the Democrats who want to argue that gender equality means that women have to do everything that men can do.

Women can enter the military. They can hold any position that men can, as long as they prove themselves on the various physical and mental tests.

The problem that the Democrats have is that it’s still a “men-only” draft registration requirement.

The military hasn’t had to depend on the draft since 1973. At the end of World War II, the draft law was supposed to expire. Instead, it remained in effect and was used again during the Vietnam War.

The draft law has allowed the military to fill vacancies that are not filled through voluntarily entering the military.

Currently, the vacancies are filled. There are plenty of individuals, both male and female, who are signing up for one of the four branches of the U.S. military.

The draft law doesn’t even need to be in effect anymore.

Yet, the Democrats want to argue that it should remain in effect and that women should get drafted just as easily as men.

The Supreme Court is now asked to determine if it’s sexual discrimination for the federal government to require that only men register for the draft when they turn 18.

Why is this such an important issue for the Democrats, anyway? Are they planning for Biden to create such tension that it will require Americans to ship off to war?

The Military Selective Service Act requires men to register for the draft upon turning 18. The simplest solution is to cancel the act. No one registers because the military doesn’t need to draft anyone.

Instead, we’ll argue that women should have to register. The reason that it was only men in the past was that women were the ones to stay home and have and raise children.

This act is one of the few areas of the federal government where men and women are still treated differently. And it is the liberal women’s groups that want to argue that needs to change. In its current form, it doesn’t afford women the same liberties as men. Because, apparently, being drafted into the military and being forced to fight a war is a liberty that women want to have.

Ria Tabacco Mar, the director of the American Civil Liberties Union’s Women’s Rights Project has been vocal about seeing the change. She has said that it’s “a serious burden on men that’s not being imposed on women.”

Currently, men who do not register face a felony charge that is punishable by up to a fine of $250,000. It also makes them ineligible for civil service jobs and student loans.

Yeah, let’s make sure that women are up for those same punishments.

Oh, but it’s not that. Mar argues that “It’s also sending a tremendously harmful message that women are less fit than men to serve their country in this particular way and conversely that men are less fit than women to stay home as caregivers in the event of an armed conflict.”

What Mar and others fail to realize is that anyone, male or female, who may get drafted, have the ability to produce documentation to say why they cannot be drafted.

Meanwhile, if the military really did need soldiers to the point that a draft was needed, isn’t it better if the men and women actually volunteered rather than being chosen based on a random draw?

The Supreme Court will make the final ruling of whether it’s sexual discrimination or not. However, the best answer would be to get rid of the need to register for the draft entirely. It creates a divisive mechanism in the U.S. that simply doesn’t need to be there.