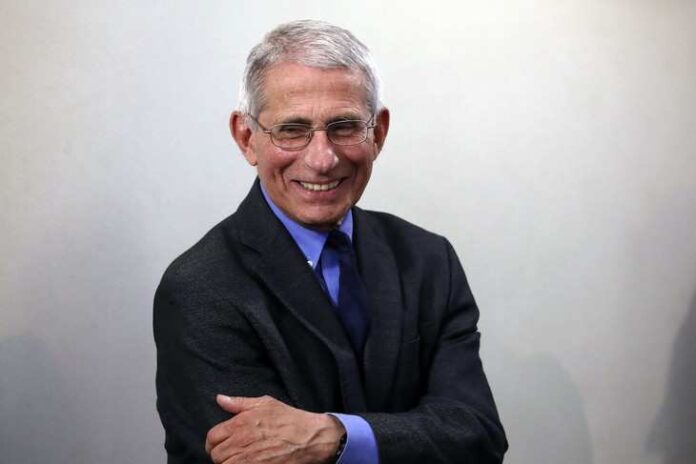 Anthony Fauci keeps taking to the airways with the hopes that he can regain the popularity that he lost when the COVID emails linked him to a scandal of epic proportions. The lying doctor did not know when to quit when he got his book deal, and he was living on top of the world. He just kept on acting like he knew what he was talking about and kept right on lying to the people.

But now that the truth is coming out about his involvement and how he lied to Congress, his reputation is trashed. If it was not for Senator Rand Paul digging into the little man, Fauci might have gotten away with lying.

The viral research that was being done in China was funded by money from Fauci’s organization. The gain-of-research that he said was not being funded was done in secret. And Fauci played the stupid card so he would not have to answer for the illegal activity that was taking place under his watch. He should have had better oversight of the money and what it was being used for.

For several years Fauci had stayed quiet about his belief in the gain of function research. He stated that “What historically investigators have done is actually create gain-of-function by making mutations, passage adaptation, or other newer genetic techniques such as reverse genetics and genetic reassortment…. But the bottom line is that gain, and loss of function research is critical to understanding disease pathogenesis, antimicrobial resistance, and host responses, as well as to developing better techniques of surveillance, vaccines, and therapeutics.”

That sounds all fine and acceptable, but the kind of research he is supporting is looked down on in the scientific community. He, at one point, outlined what would be an acceptable gain of research for his grants. But what he funded in Wuhan was nothing but a military weapons program set up by the Chinese to develop viral warfare.

The coronavirus that came out of the lab was highly manufactured. The studies that he funded looked at the “transmissibility (makes it easier for the disease to spread from person to person), increase pathogenicity (the ability to cause harm/disease), or alter the host range (increase the number of species affected by the virus) are gain-of-function, and those viruses can be altered by using reverse genetics, passage adaptation, or genetic reassignment.”

But of course, none of what he would fund would ever be manufactured, even though reverse genetics and viral manipulation are manufacturing a virus and playing god with things out of man’s control.

Dr. Shi would state that “Using the SARS-CoV reverse genetics system, we generated and characterized a chimeric virus expressing the spike of bat coronavirus SHC014 in a mouse-adapted SARS-CoV backbone.”

Admission has been made to the creation of the deadly virus that spread around the world. It certainly looks like Donald Trump was telling the truth about the virus’s origin. And, of course, the Democrats and the Chinese would deny it all.

The problem or desired result of the “research” from Wuhan was a virus that would resist all current treatments. Current vaccines would fail at combating the new bug. That is until Donald Trump stepped in and paved the way for a vaccine to be developed.

The sticking point regarding the research is that back in 2014, the program was stopped because of its danger. And yet, within a few short months, Fauci decided to overstep his authority and allow the research to finish up until they had the completed product.

The little weasel allowed $3.7 million to be given towards the work. He stated that the purpose was that “This project seeks to understand what factors allow animal Coronaviruses to evolve and jump into the human population by studying virus diversity in a critical group of animals (bats), at sites of high risk for emergence (wildlife markets) in an emerging disease hotspot (China).”

This was the same program that Trump revoked funding for in 2020. The research is still not allowed to continue, but who knows what will happen with socialist Biden sitting in power.