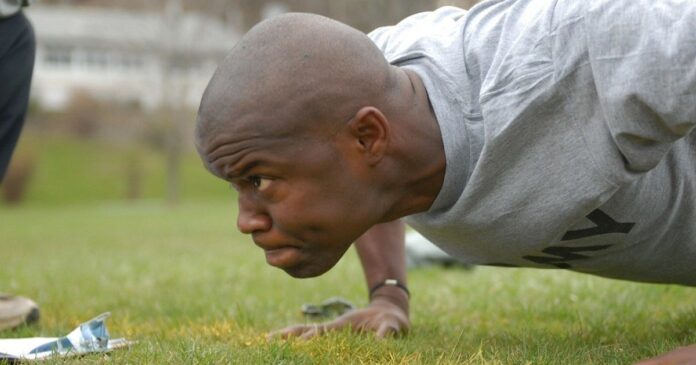 Air Force commanders have been told to track demographic data when it comes to disciplinary actions. It’s part of a new plan to ensure that actions are fair and impartial.

Admonishments, reprimands, and administrative counseling will all be tracked much closer. Rank, age, race, ethnicity, and gender will be tracked for airmen and Space Force guardians.

They’re not just tracking those who get into trouble, though. They’re also tracking who is issuing the disciplinary actions.

Because, clearly, one is racist and one is not. Or, at least that’s what we’ve been forced to believe thanks to the woke culture of the liberals.

In the memo that was released on December 21, it was identified that the data is supposed to reinforce the commitment to ensure that everyone is treated fairly while also providing the commanders with “insight to facilitate positive practices, such as increased mentoring and professional development.”

The principal deputy assistant secretary for manpower and reserve affairs, John Fedrigo, explains it all.

Collecting data is nothing new. The Air Force has been doing it since 1974. However, the new move to ensure that there’s demographic data attached to it could end up causing more problems than solutions.

What’s interesting is that anytime an airman or guardian is reprimanded so that something goes in their personal file, the demographic data is tracked. Names and other personally identifiable information, however, will not be collected. This means that one troublemaker in a squadron could end up making the entire base look as though they’re treating people unfairly.

So, what happens when they identify that one gender is getting written up more than another gender? Or what if one race happens to be causing more trouble than another? Does this mean that they’ll just look the other way when it comes to reprimands?

The information will be reported to staff judge advocates who, in turn, will make the data available to commanders. This allows commanders to brief and train on what is going on. And exactly what is that briefing going to look like?

There’s no way that a commander can stand up and talk about how it looks like Black airmen are being written up more so than white airmen. Even if that’s the case, such a thing would look racist.

And what would the solution be? Maybe the black airmen shouldn’t be written up. Or, maybe, the Air Force can be segregated so that only black commanders are over black airmen.

It’s clear that they haven’t thought this through. The military has never been an equal opportunity employer. They care about things like weight and physical capabilities.

Why? It’s critical to the missions. Race shouldn’t be a part of the equation. If they can perform to the requirements of the Air Force, the demographic data shouldn’t be a factor.

The Air Force can’t afford to care about how it may look if one gender or race is getting in trouble more than another. That’s when they start to become lenient and careless.

All of a sudden, one race or gender is going to be given free passes. Crime will be up, missions will be compromised, and the Air Force will be at risk of becoming obsolete rather than woke.