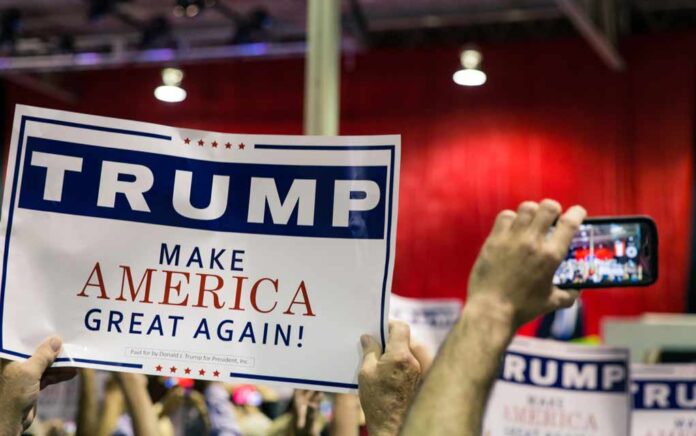 President Trump will still have millions of people that believe he is the legally elected president of the United States. There is no way that any group or organization can change that fact. But the idea of reprogramming Trump supporters has risen to the top, as one reporter from NBC and the Washington Post has thought.

Democrats will stop at nothing to silence the conservative side of America. They want to make an example out of anyone that refuses to bow to their demonic demands. And for those that obey but still object, their desire is to try and force them into some level of compliance.

Nikole Hannah-Jones and Eugene Robinson were in a conversation when Robinson floated the idea of reprogramming people. His cultic approach to forced-indoctrination was revealed when he stated, “We have, there are millions of Americans – almost all white, almost all Republicans – who somehow need to be deprogrammed.”

History shows that forced indoctrination only serves the corrupt and murderous people. Hitler forced people to bow to these wishes and programmed an entire generation of young people by poisoning their minds with his Nazi propaganda. He burned books and changed history, so all his followers had left was what he wanted them to have.

The Hollywood idea that Robinson is proposing is nothing short of racially hunting down white people for sport. America is a great nation because of the diverse range of people that call the country their home. To suddenly remove that characteristic is to change the land of the free to a land of the burdened.

Robinson’s idea to target the 74 million Trump voters is to attack half of the country viciously. His idea is to bring back the Roman gladiator games where lions and other predatory animals were used to kill political criminals.

Robinson started to Hannah-Jones that “It’s as if they are members of a cult – the Trumpist cult – and have to be deprogramed.” He went on to press, “Do you have any idea how we…start that process, much less complete it?”

Hannah-Jones is an essayist that is known for her content piece. She looks at racism and writes about it. But the tone she takes is a one-sided attack on white people across the country.

One of her hateful pieces reads as “The white race is the biggest murderer, rapist, pillager, and thief of the modern world. Europeans have colonized and destroyed the indigenous populations on every continent of this planet. They have committed genocide against cultures that have never offended them in their greed and insatiable desire to control and dominate every non-white culture.”

She acts as if certain parts of humanity are a plague on mankind. For her to compare Christopher Columbus to Adolf Hitler is published hate speech. And the liberal left awards her for her effort to clean the American frontier of all white people racially.

Americans wonder why the issue of racism still exists. And it is because Nazi tactics like what this author writes about and what the reporter mentions only fuels the issue. Instead of hating the other color, they should be looking to resolve the issues and to let them die with the past. But the Democrats want to destroy conservatives any way that they can.

Hannah-Jones also wrote that “Christopher Columbus and those like him were no different [than] Hitler. The crimes they committed were unnecessarily cruel and can only be described as acts of the devil.” She fails to mention that many of the new settlers were friendly and would never have hurt a soul. But many of the Natives they came across were murderous and killed many innocent souls.

Hannah-Jones is a threat to freedom and security. It is not the conservative followers of a man that made America great for all people, regardless of their skin color.

The millions of people that Robinson thinks need reprogramming are why the United States is the world’s greatest country. To remove that side of the nation is to cut the heart out of what makes America great and why so many people from around the world want to enter into the country.