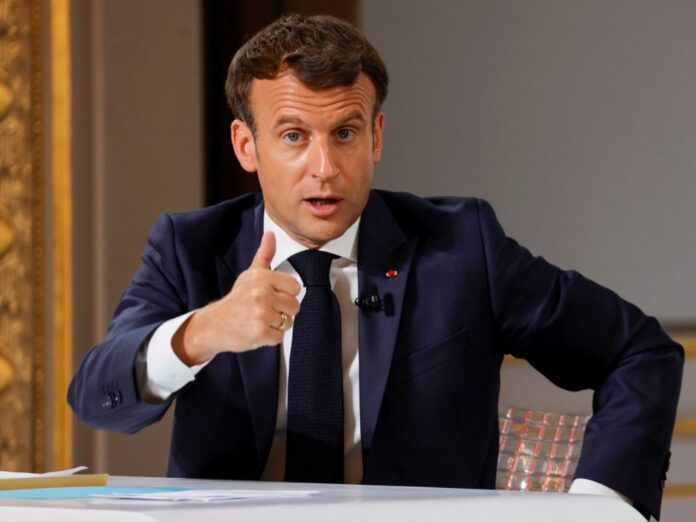 President Macron made the order on Wednesday during a meeting with several French ministers, including Prime Minister Jean Castex, Interior Minister Gerald Darmanin, Foreign Minister Jean-Yves Le Drian, and a representative of the Justice Ministry.

According to a report from broadcaster Europe1, the French president called on his ministers to “activate in a proactive way the measures in force”, and told them to intensify negotiations with foreign countries in order to repatriate their citizens.

The rate of deportation is also poor in France and well below the European average of 30 per cent. The European Commissioner for Home Affairs estimates the French deportation rate at just 13 or 14 per cent; though the French government claims it is slightly higher, at 15.3 per cent.

President Macron, who spoke of a 100 per cent deportation rate at the start of his presidency, noted in the meeting that the government was hindered by several factors, including political and diplomatic reasons, and the media.

Macron has also made deporting radicalised migrants a major goal, telling ministers to prioritise their expulsion as well as the repatriation of migrants who have committed serious crimes.

Last month, Interior Minister Gerald Darmanin revealed that there were over 1,000 illegal immigrants on the Terrorist Radicalisation Prevention Report Index (FSRPT), one of France’s anti-terrorism watchlists.

“To date, 1,083 illegal aliens are registered, but they are not necessarily in France since, of these, 587 have already been expelled from the country with a ban on return, including 200 last year. For the rest, they are either in prison, in a psychiatric hospital or awaiting deportation,” Darmanin had said.

Migrant crime, particularly involving those claiming to be underage, is also becoming a serious issue across many French cities.

French Senator Henri Leroy denounced the phenomenon late last month, saying: “Just look at the panorama of delinquency. There is a worrying increase which seems exponential. The number of minor migrants was 30,000 in 2015 and 60,000 in 2018, and the associated problems are increasing at the same rate.”