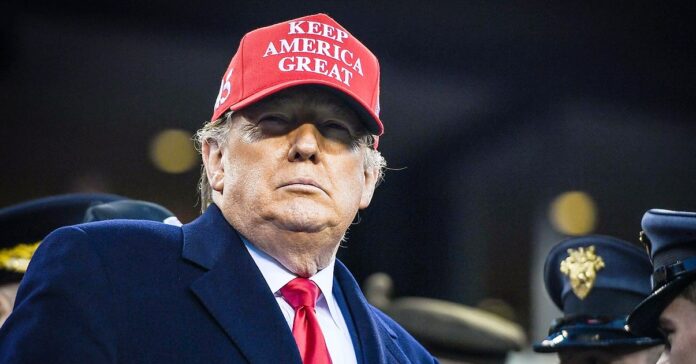 PBS found itself scrambling to distance themselves from one of their corporate attorneys after he was seen on a video advocating that the children of President Donald Trump’s supporters be put into “camps” for reeducation after former Vice President Joe Biden is inaugurated later this month.

“An edited video released by Project Veritas on Tuesday depicts a man named Michael Beller, described by the right-wing guerilla news outlet as the ‘principal counsel’ for PBS. In conversations that took place before and after the 2020 presidential election, Beller is heard talking to an undercover journalist in a restaurant-type setting about what should happen to GOP voters.”

The video showed the undercover journalist asking in one conversation, “What are you going to do if we don’t win?”

“Go to the White House and throw Molotov cocktails,” Beller responds with a grin.

In another part of the conversation, Beller shared an even more aggressive opinion, saying he thinks that the children of Trump supporters should be gathered by Homeland Security and put into “camps” in order to make sure they don’t take on the horrible ideas of their parents.

“Even if Biden wins, we go for all the Republican voters and Homeland Security will take away their children,” Beller says in the video. “And then we’ll put them into reeducation camps.” The attorney went on to explain that they would be “enlightenment camps,” insisting they are “nice” places with “Sesame Street characters in the classrooms and they watch PBS all day.”

If American parents were ever in doubt that networks like PBS were using their programming to turn children away from the teaching of the parents, it’s worth noting that at least one attorney at the network is deadset on making a change through the minds of children.

Beller then talked about his deep concern for children who have grown up “knowing nothing but Trump for four years,” insisting “you’ve got to wonder what they’re going to be like,” seeming to indicate that it has been an inhospitable and inappropriate place for children to grow up.

“[Are we] raising a generation of intolerant, horrible people, horrible kids?” Beller wonders.

Another point in the video, Beller can be heard calling Americans “so f—ing dumb” and as opposed to Washington which is “good to live in” and  “a place where people are educated and stuff.”

“Could you imagine if you lived in one of these other towns or states where everybody’s just … stupid?” Beller asks. The PBS employee seemed to take joy in the spike in coronavirus cases in “red states,” repeatedly calling the surge “great.”

“Why do you think so?” the undercover journalist asks.

“Because either those people won’t come out to vote for Trump, you know, [in] the red states or a lot of them are sick and dying,” Beller says of Trump supporters. On one point, however, he did agree with conservatives, saying of CNN that the network “doesn’t have real news anymore” because they’re too obsessed with the president.

In a statement to Project Veritas that was shared on Twitter, the PBS PressRoom said, “This employee no longer works for PBS. As a mid-level staff attorney, he did not speak on behalf of our organization, nor did he make any editorial decisions.

“There is no place for hateful rhetoric at PBS, and this individual’s views in no way reflect our values or opinions,” the statement continued. “We strongly condemn violence and will continue to do what we have done for 50 years – use our national platform and local presence to strengthen communities and bring people together.”

Project Veritas Found James O’Keefe told the “Hannity” host on Tuesday night that “in this time of moral and political crisis, I think courage is contagious, and we have all these whistleblowers coming to us, insiders helping us expose.

“We need more of these people,” O’Keefe added. “Right now, I think, is the time to be hopeful if we can create an army of exposers, because exposure itself, sunlight needs to be the best disinfectant. Exposure itself is the solution.”