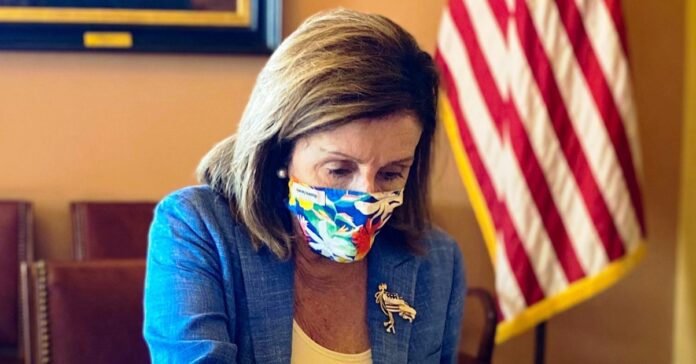 Moderate Democrats have been warning the far left to be mindful of their actions for quite some time. However, the far-left think that they know everything. They won’t listen to the “weak” Democrats within their party.

The problem with some of the far-left initiatives is that it has created panic within the Democratic Party. It’s becoming more obvious that there’s a significant divide within the party. There are inconsistent messages being sent.

Additionally, many Democrats now identify themselves as “Democratic socialists.” This includes such members of Congress as Bernie Sanders and Alexandria Ocasio-Cortez. With such an identity, it shows that they are looking to move the country toward socialism.

Latino voters aren’t interested in socialism. They’ve seen how it ruined their home countries, such as Cuba and Venezuela.

Now, it’s hard to deny just how much those socialist agendas have hurt the Democratic Party.

A Democrat report created by Third Way, Latino Victory Fund, and Third Way shows that Republican messaging is resonating with more voters. In particular, moderate Democrats are more likely to understand the Republican initiatives than the ones being created by the Democratic socialists of Congress.

The report clearly states,  “The socialism attack… hurt campaigns in states and districts with immigrant populations that fled socialist governments, including among Venezuelan, Cuban, Vietnamese, and Filipino voters.”

Many aren’t eager to see what the United States looks like as a socialist nation. They’re fearful of it already. And the Republican messaging has ensured that people see what the Democratic Party is doing.

Polls have been constantly showing that many people are against police defunding. They’re against cities allowing non-stop rioting. Yet, there are many Democratic socialists that continue to push such agendas.

Exactly who are the Democratic socialists representing? They were elected to Congress to be a voice for their electorate – and they’re failing in that regard.

The GOP has worked to become the party of “law and order.” With so many Democrats focused on defunding the police, it’s now easy for voters to be fearful of candidates that have a “D” after their name.

Voters have to stop to ask themselves what the candidate wants. Are they Democrat or are they really socialist that is hiding within the Democratic Party?

To be fair, the Democratic Party is not the same as it was 10 or even five years ago. There has been a rapid shift where the party has been dramatically pulled to the left.

Latino voters, in particular, are moving closer toward the Republican Party. And much of that has to do with the Democratic Party leaning further to the left. When voters have already seen first-hand the devastation of socialism, they’ll be cautious not to let history repeat itself.

The best thing that the Democratic Party could do would be to split in two. Let it be known who the Democrats are and who the Democratic Socialists are. It would be the best way for voters to know who they are truly dealing with. It could also be the best way to show the socialists that people aren’t interested in what they have to offer the country. If we could get that division, we could actually start to see more bipartisan support on legislation. We could actually be “we the people” again.

Democrats on both state and federal levels need to pay attention to the study. Voters are getting smarter. They’re seeing who is responsible for the divide. And when it comes time to vote, the Democrats are bound to start losing a lot of seats. Their ideology simply isn’t what the American people want anymore.