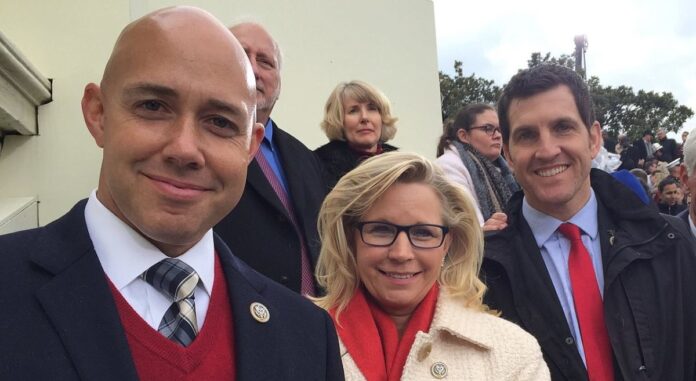 You would think that anyone who serves our country would and rightfully should get the respect that is due to them once they return home, whether they decide to serve in another form or simply enjoy the freedoms they fought so hard to protect.

But apparently when it comes to liberal members of the press, any service to our country, no matter the damage it created, isn’t worth anything compared to the Democratic Party agenda.

At least that’s the case for CNN’s Jake Tapper.

This week he proved he has no more class or respect for our nation and what we are supposed to stand for than a clod of dirt on the bottom of our veterans’ boots.

As you well know by now, Wednesday, in the House of Representatives, held a vote for President Donald Trump’s second impeachment. The Democrats, along with a few Republicans, succeeded in impeaching him again in the most significant waste of time and money to pretty much ever exist in the lower house, the first Trump impeachment debacle notwithstanding.

And with their success, the liberal left has since then gone on to pretty much label every Republican, conservative, and Trump fan in the nation as a domestic terrorist, regardless of their service.

Florida Republican and House Representative Brian Mast is one such individual.

In addition to serving in the House for his second term, Mast loyally gave his time and life to serve with the US Army. And that sacrifice cost him not one but both of his legs while in Afghanistan in 2010.

But, that sacrifice, nor the years of service to our nation since then, mean anything to those like Tapper. And why? Well, all because Mast voted no to impeaching Trump.

The political left has blamed Trump for the recent incursion of the Capitol building in which four people sadly lost their lives. As CNN’s Dana Bash noted on Thursday, several of the supposed protesters claimed that they went to the capitol at President Trump’s insistence to make their voices heard.

Mast, however, began asking questions, as all lawmakers should. Questions like, just because Trump asked people to make their voices heard in our capitol, does that mean he meant for them to get violent?

To Tapper, these questions are a betrayal of what he calls ‘democracy.’

He said, “Congressman Brian Mast, a Republican from Florida – who lost his legs, by the way, fighting for democracy abroad, although I don’t know… about his commitment to it here in the United States, he said, ‘Did anybody say that?’”

Now, as well all know, and Mast explains, asking questions and seeking out the truth is the only way democracy works.

Mast responded by tweeting, “I lost two legs for @jaketapper’s right to say whatever the hell he wants, but that free speech also protects the Republicans he is so eager to condemn for asking Constitutional questions about the election.”

I lost two legs for @jaketapper‘s right to say whatever the hell he wants, but that free speech also protects the Republicans he is so eager to condemn for asking Constitutional questions about the election. https://t.co/ViNrwz9cbU

Of course, Tapper didn’t like this response and so continued to insult Mast’s service by questioning his “commitment.”

Tapper wrote, “You’re a hero for your service and I’m grateful, as I’ve said before. And yes I question the commitment to democracy of anyone who spread election lies, signed onto that deranged TX AG lawsuit, and voted to commit sedition. You were not just asking questions.”

You’re a hero for your service and I’m grateful, as I’ve said before. And yes i question the commitment to democracy of anyone who spread election lies, signed onto that deranged TX AG lawsuit, and voted to commit sedition. You were not just asking questions.

Mast was invited to a ‘Fox & Friends’ interview on Thursday to discuss the back and forth between Tapper and himself and about the national situation at large.

He first began by discussing his reasons for the “questions” in the first place.

OK, the president told you to come to the people’s house, did he tell you to do it violently? Or did he tell you to go there and cheer people on, or what, but it’s worth getting to the bottom of before you rush to judgment and that’s the foundation of democracy.”

He tells Tapper that yes, he most certainly should be held to “a high standard – but don’t hold me to a double standard.”

And about his commitment, he says, “My commitment to democracy and to my country is unwavering. I love this place so much it literally breaks my heart to see the divide that exists in it. I love our democracy. For all of our problems, there is no government that I would rather be a part of anywhere in the world, and to strengthen that and keep it strong, we have to ask those questions.”

And Mast adds, “It’s not the opposite of that, where we don’t ask those question, don’t ask lawmakers, ‘Did you take the time to ask anybody or interview somebody or have a hearing?’ That has to be the foundation of having justice, is asking questions and waiting for the answer in silence until somebody gives it to you, or taking their silence as an answer. That’s my response. I love this place.”