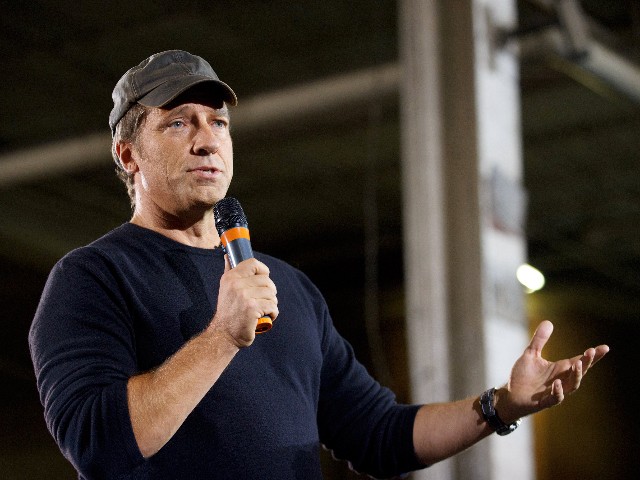 The TV host’s comments were in response to a question from a fan who said HBO’s Real Time With Bill Maher host Bill Maher’s recent rant questioning higher education mirrored what Rowe has been saying for years.

During his segment, Maher said higher education is a “grift,” a “luxury daycare center” staffed with “overpaid babysitters,” and questioned whether it is appropriate to make “someone who doesn’t go to college and makes less money — pay for people who do go and make more.”

“Bill Maher’s current rant on higher ed is almost identical to everything you’ve been saying for the last thirteen years through mikeroweWORKS,” the fan wrote to Rowe. “I mean, like, literally identical. How do you feel? Ripped off? Flattered? Or maybe, a bit disturbed that you and Bill Maher see eye to eye on more than a few issues here of late…”

Rowe responded by saying that he would be “nothing but flattered” if he were to learn that Maher used mikeroweWORKS as a resource for the contents of his recent rant.

“I built mikeroweWORKS, in part anyway, to be a resource for people who wanted to reconsider the conventional wisdom that college is the best path for the most people,” Rowe continued. “However, everything I believe to be true regarding that issue, I’ve learned from researching the work of others.”

“Likewise, everything I believe to be true about the profound unfairness of making taxpayers pay the tuition of those who wish to attend a university has already been articulated by a long list of people a lot more qualified than I,” Mike Rowe added.

Rowe went on to say that “it’s important to give credit where credit is due,” and that he finds Maher credible, because he is “speaking what I believe to be the truth to a large audience that probably doesn’t want to hear it.”

“But it’s also true that the most persuasive people don’t care who gets the credit — especially when it comes to changing hearts and minds. And that’s what’s really at stake here,” Rowe added.

Rowe said his and Maher’s position is not an “anti-education” stance:

I want people to radically rethink higher education. Toward that end, I’ve always maintained that making a four-year degree “less expensive” is a great symptom, but a lousy goal. The better goal is to make a four-year degree less necessary than it currently is. That’s not an “anti-education” position. It’s a cry for rationality, proportionality, and common sense. The vast, overwhelming majority of jobs that require a diploma from a four-year school, should not. Some should, but most should not. When it comes to learning, we can’t keep presenting the most expensive path — college — as “the best path for the most people.” And we can’t make college cheaper by asking everyone else to pay for it. That’s part of what makes the whole proposition a “racket.”

“Bill Maher seems to agree, so I’m happy to share his video on this page,” Rowe added. “Does this mean I agree with everything in the video, or everything he says? Of course not. But he’s reaching an audience that I don’t have, with a message that I firmly support.”

In closing, Rowe noted that Maher had mentioned “a stat that I had never heard.”