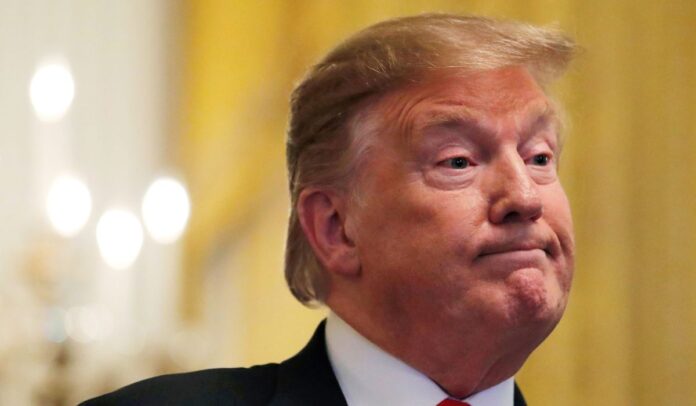 To the surprise of no one, President Trump has decided to start releasing all of the classified information that is related to the Russian collusion hoax. Readers who have been monitoring the situation may remember all of the deep state operatives who were trying their best to keep the information under wraps.

Now that Trump essentially has nothing left to lose, he wants to clear the air. That makes a decent amount of sense to us. Trump has also been promising that the information would be released before he left office. He is a man that is accustomed to keeping his promises and now we are finally able to learn more.

Lou Dobbs reports that Trump has ordered the release of the documents. “President Trump is declassifying top-secret documents all related to Obamagate. That is the coordinated and years-long spying against a presidential candidate and ultimately the President of the United States and his administration, that of Donald J. Trump,” he said.

The documents are said to clear Trump’s name, so it is easy to see why they have yet to be released. The mainstream media has been very complicit as well. By making sure that the general public is given access to the necessary data, the Trump administration is doing its part to keep democracy alive. What about the rest of the country, though?

Now, we are going to be waiting for the inevitable delays. Anyone who is an experienced watcher of the United States government knows how this one is going to work. The information is sure to be swept under the rug before long, even if it is released. For some of us, we will only have one moment to take in the data before it is cruelly ripped away from us.

All this does is add insult to injury. The election was ripped away from the conservative voters in this country and Trump was never given a chance to set things right. He implored his fellow patriots to help him stop the steal but he was treated like a man with sour grapes. The deep state does not care about any of that.

They are in cahoots with the Democrats. By the time the depths of this connection have been revealed, it will make all of their talk about the Russian collusion look like a walk in the park. What are the powers that be going to do once Trump leaves the White House? Let’s face the facts here. They are not going to be able to silence him forever.

There has to be some amount of worry when it comes to the things that Trump can now reveal. His motivation to stay quiet is going out the window and we all know how much this man loves a rally. We highly doubt that the deep state operatives are prepared for him to start traveling the country and spilling all the beans. At this point, it is just a matter of time.

If the impeachment proceedings that the Democrats are so gung ho about magically vanish, it would provide a pretty clear indication of what has happened. Trump’s ability to remain silent about what he knows and when he learned it is going to be contingent on a few things. Let’s say that he is stripped of his ability to run for president again in 2024. What stops him from lighting the whole thing on fire at that point?

He would have nothing left to lose by then and this is something that we are sure the deep state is aware of. No wonder we haven’t heard much about how the impeachment proceedings are moving along as of yet. There are some tense backroom discussions going on as we speak, surely. Trump’s continued silence is going to be costly, if he is even willing to play ball at all at this point. We anxiously await further developments.