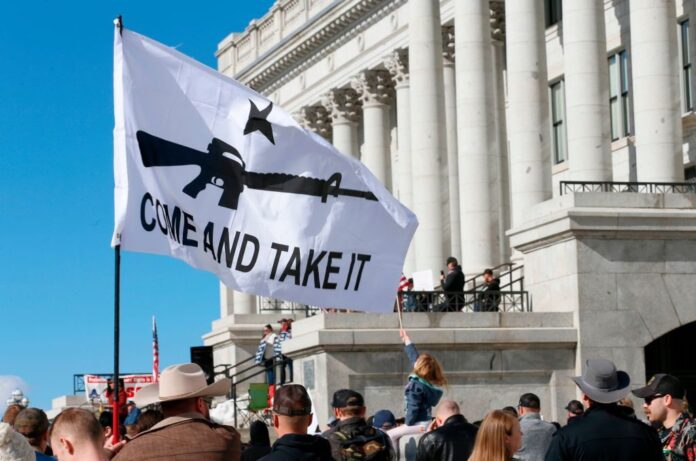 The Salt Lake Tribune reported the statement acknowledged that a number of gun controls already exist and Utahans should be wary of new gun controls being pushed under President Biden, whether those controls are “legislation, resolutions, or executive orders.”

Cache County Sheriff Chad Jensen is the president of the Utah Sheriffs’ Association and sheriffs did not sign the statement with any particular gun control in mind. Rather, they wanted to Utahans to know their Second Amendment rights would be protected, period.

Utah Gov. Spencer Cox (R) has made clear that Utah “is and always has been a Constitutional sanctuary state.”

On April 24, 2021, Breitbart News pointed out that Montana Gov. Greg Gianforte (R) signed a bill to protect the Second Amendment from new federal laws and regulations.

On May 11, 2021, Breitbart News observed that Idaho Gov. Brad Little (R) signed legislation to prohibit enforcement of the executive actions for gun control put forth by President Joe Biden.

AWR Hawkins is an award-winning Second Amendment columnist for Breitbart News and the writer/curator of Down Range with AWR Hawkins, a weekly newsletter focused on all things Second Amendment. He is the political analyst for Armed American Radio. Follow him on Twitter: @AWRHawkins. Reach him directly at [email protected]. Sign up to get Down Range at breitbart.com/downrange.