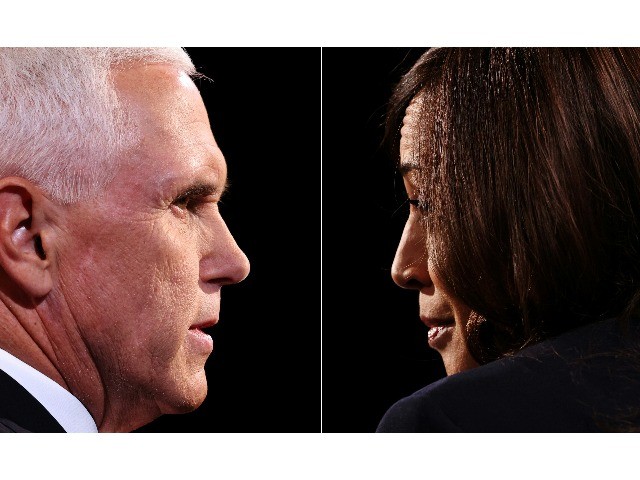 Pence, who was a frequent supporter of the Border Patrol during his time in the Trump administration, tweeted on Friday evening pictures of his time in office visiting the southern border and talking to Border Patrol.

Pence wrote, “Here’s what it looks like when a Vice President visits the Southern Border… It’s Time @VP Harris. It’s Time to Deal With the #BidenBorderCrisis!”

Harris, who has yet to visit the southern border, recently did an interview with NBC’s Lester Holt, during which he asked her about any plans to visit the border.

Harris had answered that she would come “at some point” but that she “also hasn’t been to Europe” and “didn’t understand the point” Holt was trying to make about her not visiting the border:

Breitbart News had previously reported that in May alone, the Border Patrol apprehensions had jumped almost 700 percent when compared to the same time in 2020 under former President Donald Trump. “Agents apprehended more than 172,000 migrants at the U.S.-Mexico boundary, U.S. Customs and Border Protection (CBP) officials report.”

The report also included, “During Fiscal Year 2021, which began on October 1, 2020, Border Patrol agents apprehended a total of 897,213 migrants,” which is also up from the same period last year when the apprehensions were only at 229,225; that is almost a 300 percent increase.