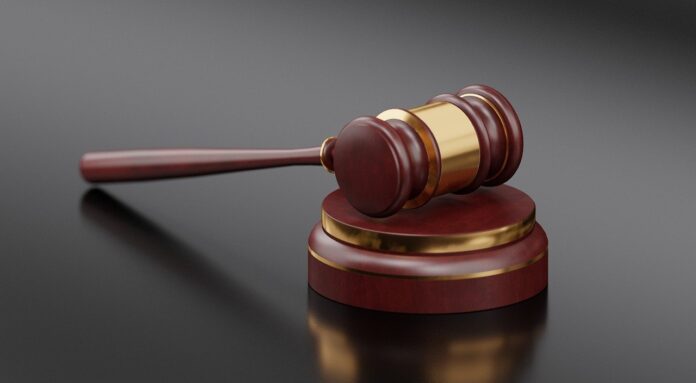 Conservative states are realizing the threat that the liberal left is to the American people. Their relentless threatening of freedoms and desire to destroy the third branch of the government has led to one state paving the way of stopping the liberals from packing the courts.

The Democrats know that the last hurdle for them to roll out their hateful policies is to change the court system enough to keep conservatives from being able to challenge them in court. And the only way to do that is to pack the court system with liberal judges that will side with them every time.

The Supreme Court is the one place on the planet where freedoms are genuinely protected. There is no other court in the world that does the job like the court. It keeps freedom alive and drives the liberals crazy. The Democrats know that in order to silence the conservative base, they must pack the court with their liberal buddies.

Liberals abuse the legal system by taking every policy that is handed down to them to their judges. If they do not agree, they try and get a judge to stop the police from becoming law. They hijack the process with their liberal judges.

The Supreme Court is conservative at this time, which is why Biden and his mafia base want to pack it out with liberal judges. The act of packing the court was tried under President Roosevelt. He wanted to tip the courts, but the legislature killed the idea. Ironically his new deal idea was the reason why he wanted to pack the courts. And his own party voted it down.

At that time, the Senate Judiciary Committee called it “a measure which should be so emphatically rejected that its parallel will never again be presented to the free representatives of the free people of America.” They realized that the idea was so dangerous that they wanted it never to come up again.

This time around, the enraged liberals are ready and willing to do whatever it takes to bring insanity to the halls of America. The idea of packing the court is back on the table. And things are different because more liberals are open to the idea.

The attack by the left has been unending over the past four years. Every politician swears to protect the Constitution from all enemies internally and internationally. And this is precisely what the state of Arizona is doing. The state representative to the House is filing a need to protect the Supreme Court by setting the number of justices that can serve to nine.

Arizona is the first state to take up this kind of action. Several other states are following suit and are making a move the protect the integrity of the highest court. These resolutions are not to be taken lightly as it represents people’s convictions that to keep America free and keep it as a Republic and not a dictatorship.

The checks and balance system of government is the only way to ensure that freedoms stay free. The Supreme Court is the third part of the government that is supposed to keep the other two parts in line and honest. The Democrats know that if they take down the courts, they will be able to dictate all sorts of horrors to the American people.

Packing the court is cancer that will destabilize the entire structure. Every president who sits in the Oval Office will appoint as many justices that are needed to sway things to the way he wants them. Pretty soon, there will be over a hundred judges sitting on the bench giving their opinion.

The Democrats have already proved that their judge appointments rule party lines. Every issue that has come before their bench is ruled the way the Democrats want it to unravel in the legislature. These judges are not doing their jobs right. They are supposed to issue judgments that are based on the Constitution and not on how they feel about some issues.

Arizona is setting a precedent that other states are soon to follow. They aim to protect the integrity of the court for future generations.