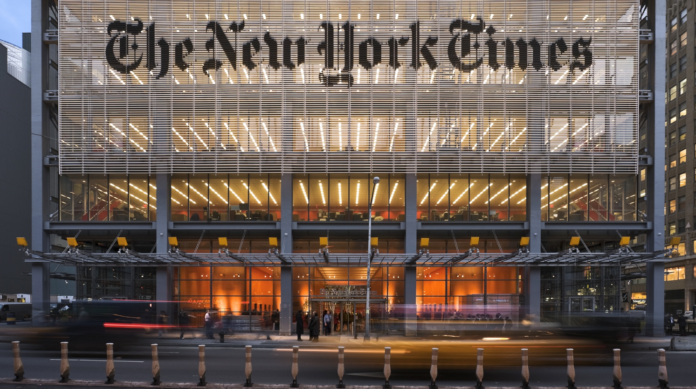 If you remember, back to almost a year ago, we were just starting to hear rumors of a deadly disease being spread throughout the eastern nation of China. Those rumors were confirmed as truth within weeks, and our national leaders began preparing for the coronavirus pandemic as we know it.

By March, the novel virus had found its way into the US and began to cause widespread panic. Health and government officials immediately started to implement mandates or at least come up with some sort of plan to “slow the spread,” with mask-wearing finding itself at the top of nearly every list.

However, as you know, it seemed no one could really agree on whether masks actually helped or not. While some touted it as the only way to avoid contracting the disease, others, like US Surgeon General Jerome Adams, admitted that wearing a mask did little to nothing, either for the person wearing the mask or those they came into contact with.

Adams remarked in an interview with Fox News, “It actually does not help, it’s not been proven to be effective in preventing the spread of coronavirus amongst the general public.”

And yet, mask mandates have still been in place in most areas.

I’m sure when you go to your local grocery store, car dealership, or place of work, most pass at least one if not 15 or so signs attesting to the government requirement of wearing a mask in public, with few exceptions.

But what if the sign was updated to say that you had to wear not one but two masks when out in public?

It seems a bit unreasonable, doesn’t it?

And yet, that is precisely what some are proposing we move to, even with a newly minted vaccine out.

As Katherine J. Wu of the New York Times writes, “As cases of the coronavirus continue to surge on a global scale, some of the nation’s most prominent people have begun to double up on masks – a move that researchers say is increasingly being backed up by data.”

However, for all the “data” that supposedly backs this theory up, the article doesn’t seem to include any of it. In fact, she actually admits that doubling up on masks “isn’t necessary for everyone.”

Furthermore, the only data in the article is regarding the overall effectiveness of masks in general, and that’s circumstantial at best. Wu doesn’t in the slightest take this and compare it to the efficacy of doubling up on masks.

Could it be that’s because there really isn’t any data on it?

I mean, how could there be? People all over have contracted the virus even while wearing masks. What will wearing another one, that’s just as ineffective, do besides make it even harder for you to breathe?

Per the Los Angeles Times, “one in three Los Angeles County residents have been infected with the coronavirus, according to new estimates by county scientists.” With the state leadership of tyrannical Governor Gavin Newsom and dictator-like Mayor Eric Garcetti, LA has some of the strictest mask and social distancing mandates in the nation.

And back to that breathing thing human beings have to do to live, according to Lindsey Marr, an “expert in virus transmission at Virginia Tech,” wearing yet another mask could cause us to “run the risk of making it too hard to breathe.”

People already aren’t happy about being forced to wear masks in public. How do you think they would react to having to wear two?

First, it was mask-wearing, then social distancing, then we needed a vaccine. But now that we have a vaccine, they suggest doubling the mask requirement? When will it end?

As Americans, it seems ingrained into our DNA to not like being told what we can and cannot do by the government, at least for the most part. After all, this is a country founded for and by the people, and, as such, the government is supposed to be something that is not necessarily ruling over us but there to make sure our voices and needs are heard.

And yet, it seems that “for our own good,” our state and federal leaders don’t care about anything but imposing more mandates and rules. If we aren’t careful and continue to let restrictions like this be made, the United States will soon fail to remain a democracy at all.