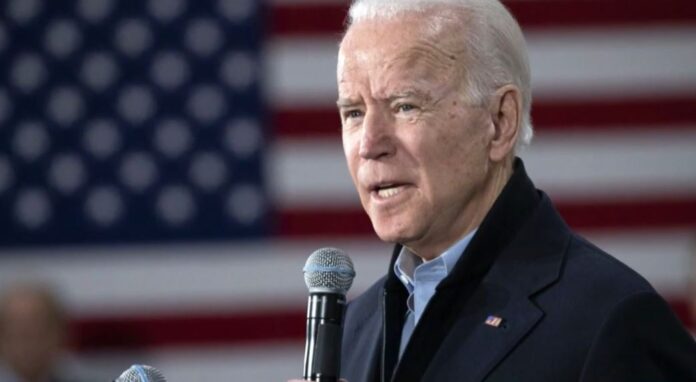 If Joe Biden has his way, we won’t be able to enforce any border crossings at all. He made all sorts of insane promises on the campaign trail about these sorts of issues and now the chickens are coming home to roost. His words have now provided all of the incentives that these Hondurans need to come set up shop in the United States.

They are looking to organize caravans right now. Of course, they are not the only ones who are going to be taking advantage of Biden’s lax border patrol policies. The Mexican and Guatemalan governments are currently scrambling to figure out what comes next. Biden’s election is only going to embolden the migrants who have been held at bay over the past four years.

Take a moment to think about what is about to happen. Guatemalan immigrants are essentially being handed a free pass to come to the United States. Not only that, they are demanding the ability to crash our borders. The aggressive agenda that Biden has put into place for his first 100 days in office is already delivering disastrous results.

If Biden his way, deportations are going to become a thing of the past. He also plans to grant amnesty to over 10 million immigrants who are already residing here. There are no border security measures in place at the moment, either. Blanket amnesty needs to be balanced out with the proper policies but Biden does not have any interest in doing that.

These proposals allow him to continue to show off his willingness to cater to the far left. After all, they are the ones who allowed him to win the election, so they are going to want to see results. The last thing Biden wants is to become the next one-term president because the woke crowd decided to bail on him right off the bat.

Susan Rice has even stepped up to the plate and tried her best to get out in front of these far-left policies. She says that there is no way for an incoming president to change immigration policies this dramatically within their first 100 days in office. The Remain in Mexico Policy is also going to be ended by Biden, which served as a way for asylum seekers to remain in their home country while they are in the process of waiting for processing.

To make matters worse, Biden is also going to be expanding the number of migrants who are able to seek asylum in the United States. The election is over, the reality is setting in and Susan Rice is trying her absolute best to clean up the mess that he has made. Sadly, the Hondurans who are looking for a place to flee to have already begun their preparations and it is too late for them to turn back now. Sleepy Joe did not stop to think about this.

These people took the incoming president at his word and now we are left to pick up all of the pieces. The first migrant caravan is being organized, as thousands of Honduran residents prepare to make their way to the United States. Guatemalan authorities attempted to detain the migrant group but a smaller caravan was able to break off from the larger one.

“A small group got through and the rest were detained. The people who got past have been located,” said Alejandra Mena, a spokeswoman for Guatemala’s immigration agency. Between Friday and Saturday, Guatemala had sent back almost 1,000 migrants entering from Honduras, the government said, as the caravan moved towards Mexico,” Reuters reports.

Migrant rights activists groups are now getting involved in the cause. This whole mess was caused by the rhetoric from this new administration. Biden never stopped to think about the consequences of these words and now it is too late. Mexican and Guatemalan authorities now have quite the mess to clean up in the weeks and months to come.