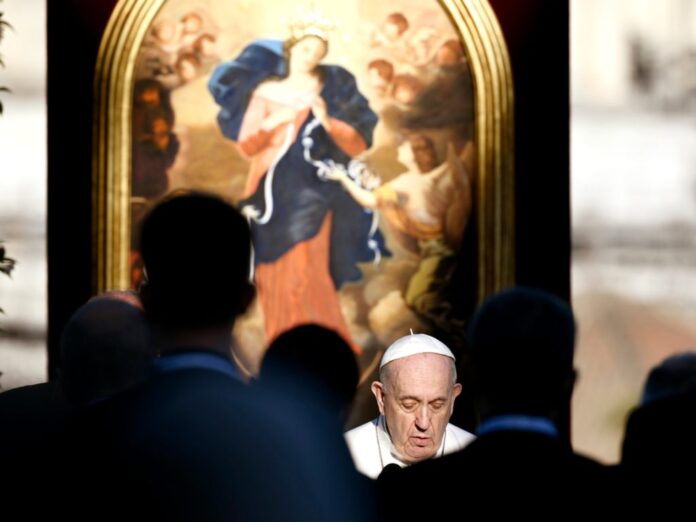 “The health, economic, and social crisis caused by COVID-19 has reminded everyone that human beings are like dust,” the pope told participants in a solidarity event late last week in Costa Rica, “but valuable dust in the eyes of God, who constituted us as a single human family.”

“Multilateral cooperation is a valuable tool to promote the common good, paying special attention to the deep and new causes of forced displacement,” the pontiff asserted, “so that borders are not areas of tension, but open arms of reconciliation.”

Francis declared that humanity is at a crossroads and must choose between “the strengthening of multilateralism” or “self-sufficiency, nationalism, protectionism, individualism and isolation.”

This latter choice necessarily leaves out “the poorest, the most vulnerable, the inhabitants of the existential peripheries,” he contended.

At this critical moment, the family of nations is called to give attention to all, “especially the smallest and most vulnerable members, without yielding to the logic of competition and particular interests,” he said.

As he has done on other occasions, the pope also voiced his opinion that humanity is facing a “climate crisis characterized by an increasingly intense drought and increasingly frequent hurricanes,” an assertion contested by well-known climate activists who insist the facts do not sustain it.

He argued that many people “are forced to flee due to the onset of the severe climate crisis,” and therefore policies must be adopted “aimed at mitigating the impact of both climatic phenomena and environmental catastrophes caused by man in his work of land grabbing, deforestation and appropriation of water.”

Regarding international migration, Francis reaffirmed the right of states to manage their own borders, but insisted that the principle of the centrality of the human person “obliges us to always put personal security before national security.”