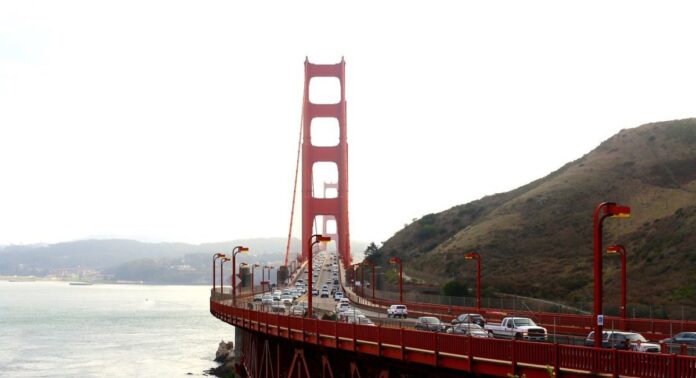 Ahh, how quickly the Democrats forget that little tidbit. They’re supposed to be representing their district. Residents must come first. The voice of the people should be echoed in everything that a Representative says and does in Washington.

Pelosi has been busy trying to impeach Trump not once but twice. She’s spent years arguing with the Republicans. So, it comes as no surprise that she’s completely shirked her responsibilities to the district of her people. She’s over the 12th District of California, which is the majority of the San Francisco Bay Area.

The Bay Area isn’t looking too good. Rent is up. Crime is up. And the homeless problem is running into the streets, literally.

People are fed up with nothing being done in the Bay Area. Rather than watching rent grow higher and homelessness become more problematic, they’re moving.

The tech world is saying ‘adios’ to San Francisco. They’re moving out of SF and out of California in favor of shorter commutes and lower taxes. They’re moving to places like Florida, Georgia, and Texas.

The pandemic has caused many people to reevaluate. They’re working from home. They’re getting a chance to slow their lives down. And since no one wants to see open drug use in their community and pay $5 for a small coffee, they’re moving out.

With people actually spending more time in their homes, they’re realizing that they want more room – a yard, space for workout equipment, and even a better public school.

The San Francisco Bay Area doesn’t have affordable homes suitable for a family. And public schools that offer a quality education are a joke. Pelosi hasn’t bothered to listen to the needs of her district. She’s failed them in epic proportions.

Tech is more fluid than ever before. There’s no need to work in the epicenter of Silicon Valley. It’s possible to telework. However, even those that need to be on-site don’t need to be in the Bay Area anymore. Why? Many tech companies have picked up and moved, too.

Companies are moving to other metropolitan areas like Miami, Atlanta, and Austin because they know it’s cheaper and has better amenities for their employees.

Many cities around the country know that people are looking to get out of the Bay Area. So, they’re creating enticing recruiting strategies to attract tech companies and their employees to make the move. And it’s working.

It’s easy to see that the population is slowly dwindling. People can sell their homes in San Francisco and suddenly have a significant amount of money to work with in virtually any other part of the country.

If Pelosi doesn’t start paying attention to her district instead of worrying about how to make the GOP miserable, she’ll be in serious trouble. You’d think that at 80-years-old, she’d just retire. Sadly, no. Instead, she’ll just continue to fail Californians.

The sales tax revenue for the city has already dropped considerably over 2020. The pandemic gave people the push to explore other parts of the country – and they’re deciding that the grass really is greener out of the Bay area.

There’s just not enough to keep people there. Crime is up. In 2020, homicides were up by 41 percent. Who wants to live in a city like that? Clearly, the mayor isn’t doing anything. We know that the governor isn’t doing anything. And Pelosi either doesn’t care or doesn’t know what to do. Either way, the leadership throughout San Francisco is failing.

Perhaps if Pelosi wouldn’t be so argumentative in DC, she’d see that something has to be done to prevent the residents of her district from fleeing toward greener pastures.