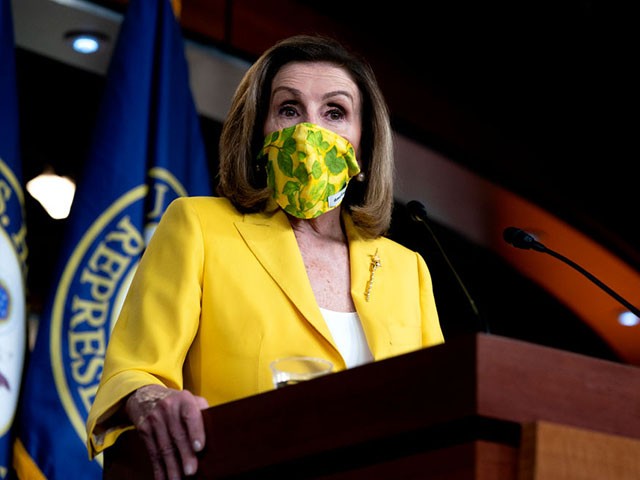 House Speaker Nancy Pelosi (D-CA) Sunday on CNN’s “State of the Union” that Republicans in the Senate blocked a bipartisan investigation into the Capitol riots because they were “afraid of the truth.”

“State of the Union” host Dana Bash said, “So let’s talk about January 6 and getting to the bottom of what happened there. As you well know, Senate Republicans blocked your proposal for a commission, bipartisan commission to investigate. You have vowed to get answers no matter what. Are you at the point where you are going to appoint a select committee to do so?”

Pelosi said, “A week ago I was asked to give it another week. So I’ll see by Monday if the Senate believes that they could — those who are working in a bipartisan way can get three more votes.”

Bash said, “Assuming the commission doesn’t pass, are you saying by Monday, which is tomorrow, you’ll announce a select committee?”

Pelosi responded, “No, I’m not going to announce anything tomorrow. I want to see what their response is and then review it with my conference.”

Bash said, “It sounds like you’re getting closer to it.”

Bash said, “Why do you think they’re afraid of the truth?”

Pelosi said, “You’d have to ask them. They know where the roads might lead in terms of some of them individually. And, of course, the former president of the United States who incited an insurrection.”