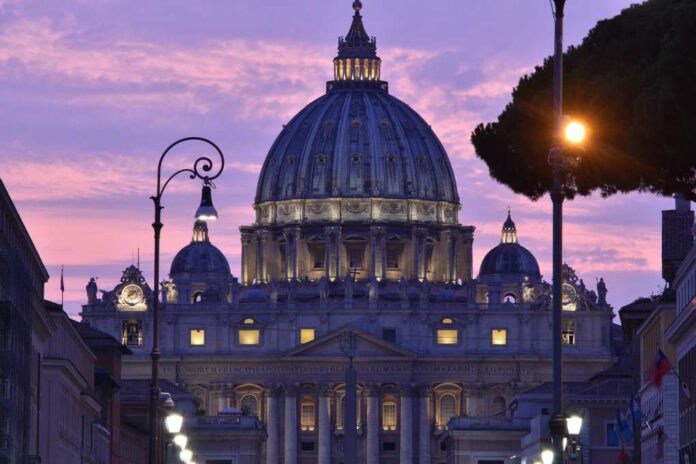 The Vatican’s silk-robed men of God can’t stay out of the news. First came the uncovering of decades of child sexual abuse at their perverted hands. Then came the discovery of unmarked graves behind a Catholic orphanage/schoolhouse. The graves were occupied by the remains of children who were said to have mysteriously disappeared. And now comes this…

First and foremost, once the elaborate costumes are peeled away, all that remains are men. Plain and simple. Swan diving into a pool of holy water will not alter the fact any more than genuflecting till the cows come home. Their level of holiness is determined by other men who, if found worthy, will ordain them into the brotherhood. They are then given free rein to fulfill their desires, no matter how heinous they might be.

Considering the enormous wealth of the Catholic church, It should come as no surprise to learn it is rife with financial crime. It’s just so darn easy to get away with. With cash donations and church members willing their earthly goods to them upon their demise, it’s always payday somewhere. And if an individual church is enterprising enough to run its own school…Forget about it…

But since the Vatican considers themselves not of this world so they don’t need or want any outside help snooping around. They’ll handle the issue from within their heavily fortified self-declared holy-land so as not to alarm the peasants. The more they don’t know the better.

This time around, things are different. The Vatican has received a stern warning from European evaluators. They’re saying the Vatican’s own investigations are bogus and will continue to be unless they change paths. They neither have the experience, the staff, nor the expertise to do much of anything.

There’s one other insurmountable problem. Because of their high rank in the chain of command, cardinals and bishops are immune from having their criminal conduct questioned by anyone, including the Grand Poobah himself, the Pope. They are far too holy. Whatever they do, or have done, is, or was, fully sanctioned by a higher authority. Their pasts have been forgiven, and their futures are pre-forgiven.

The evaluators said the Vatican has only been able to uncover an insignificant number of money laundering cases when this is known to be a widespread epidemic. Of the ones they found or were willing to report, no matter the severity of the crime, they said the punishments were minimal at best. They certainly were not strong enough to deter future criminal activity in the name of the Lord.

The evaluators were extremely critical of the Vatican ignoring the very people with the most access to its finances. They said that until they are willing to conduct a “comprehensive assessment” inclusive of everyone, their reports will continue to lack value and the financial crimes will continue as per the status-quo.

This latest ruckus is the result of a two-year investigation that has yet to be resolved. The waters remain murky surrounding a $425 million investment made by the Vatican secretariat of state in a shady London real estate deal.

A half-dozen employees of the Vatican along with a group of Italian real estate brokers are accused of walking off with tens of millions of dollars they claimed was spent for various fees. Since the purpose of the fees was never detailed, therein lies the question.

Here’s where things get sticky. An investigation showed that a number of Vatican high-rankers, up to and including the Pope, knew all about the deal and gave it their seals of approval. But since they’re immune…See the problem?

Only tossing a lit match in the hay barn, Pope Francis was quick, and the first, to point out how he and his co-hearts were well above earthly criminal prosecution. That’s reserved for ordinary people, of which they are not.

This mess is going to trial this summer, and whether Francis likes it or not, it’ll consist of earthly judges and an earthly jury. But even if they all get convicted, who’s going to march into the Vatican to arrest the guys found guilty? Can you imagine Pope Francis being handcuffed and tossed in a squad car? Now that would start a real ruckus.

We mean no offense to our Catholic readers. You didn’t do anything wrong. It’s your leaders. Catholic or not, how do you feel about this?