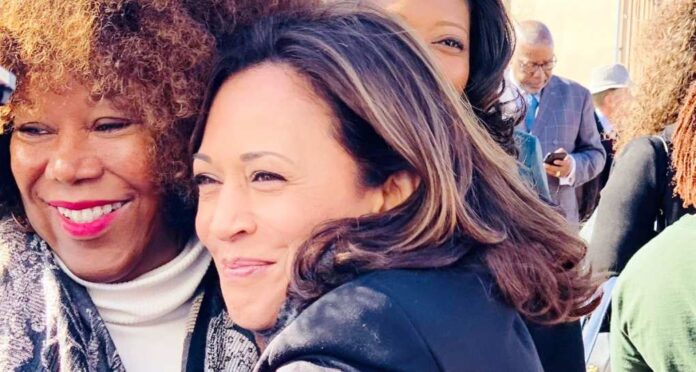 Vice President Kamala Harris continues to face the problem of reporters asking why she has not visited the southern border of the United States. Her top priority from the president has been the immigration issue. Harris sidestepped the question in an interview on Tuesday, but then faced persistent questioning from the news media in Mexico City.

“Listen, I’ve been to the border before. I will go again,” she told reporters. “But when I’m in Guatemala dealing with root causes, I think we should have a conversation about what’s going on in Guatemala.”

But that issue is not her only problem in the visit south of the border.

The Vice President was met by protesters in Guatemala yelling and holding signs that read “go home” and “Trump won.” And the president of Guatemala actually blamed President Biden for the present crisis in immigration. He maintained that Biden “lured” his people north.

There is no doubt that Kamala Harris saw the extent of the rally of protesters from her motorcade as she was visiting Guatemala President Alejandro Giammattei. It was right in front of the presidential palace that one protester waved a large sign saying “Kamala, Trump won.” Another sign said, “Kamala, Mind Your Own Business,” according to a pool report.

Along with the signs telling the vice president to “go home,” there was a sign with a doctored photo of Harris pregnant. This photo sign was posted on Twitter and it reminded Harris that the nation of Guatemala was “pro-life.” The post was followed by #momalahelpme.”

The vice presidential motorcade passed a tall billboard that was erected along the roadway by activists which read “Kamala Stop Funding Criminals #FueraDeGuatemala.”

President Giammattei said in a CBS News interview that he and the vice president “are not on the same side of the coin” on migration. And he reiterated his declaration that the Biden administration is to blame for sparking the migration crisis.

“We asked the United States government to send more of a clear message to prevent more people from leaving,” Giammattei said.

The Guatemalan president explained that when Biden took office, “The message changed too: ‘We’re going to reunite families, we’re going to reunite children,’” he said. “The very next day, the coyotes were here organizing groups of children to take them to the United States.”
After leaving Guatemala, Vice President Harris faced more issues in Mexico. She planned meetings with President Andrés Manuel López Obrador.

The previous U.S. administration’s stand to curb immigration and stop asylum-seeker caravans from Central America were a major theme in Trump’s four-year term. He even cut off foreign aid at one point to regional governments.

Now, critics are claiming that the recent surge in illegal immigration is a direct result of Biden’s lax policies. He has clearly put an end to the former president’s “Remain in Mexico” policy that required most asylum-seekers from Central America to stay in Mexico while the courts in America reviewed their claims of persecution.

The Biden administration also ended the construction of Trump’s US-Mexico border wall and challenged Congress to pass laws that would establish a path to citizenship for most illegal immigrants.

Many GOP leaders have argued that the legislation and Biden policy changes created new “pull” factors for illegal immigration. This runs in contrast to Harris’ emphasis on “root causes” in Central America.

There is no getting around the fact that the number of US-Mexico border detentions rose to a 21-year monthly high of more than 78,000 in April. Most of those in detention are from the “Northern Triangle,” which includes Guatemala, Honduras, and El Salvador.