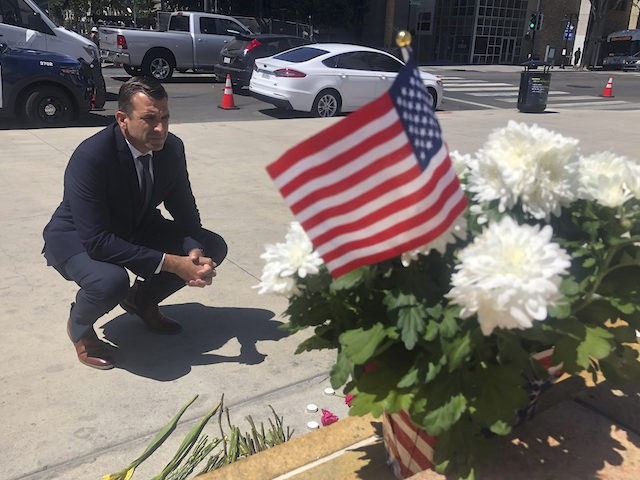 Assault weapons are bad. This is the message that liberals have been spreading for years.

What is an assault weapon, though?

There’s no way to ban every type of gun because of the 2nd Amendment. People have a right to defend themselves.

It’s not just that, though. Many people use guns for sport. They go to indoor and outdoor shooting ranges to shoot. It’s a form of entertainment. Many also use guns for hunting – and benefit from the meat that results in everything that they kill.

He wants to add more gun controls – and that includes banning “assault weapons.”

What makes the mass shooting even more problematic for those interested in gun control laws is that all three guns used in the attack were not only purchased legally but also registered per California state law.

California is notoriously lenient when it comes to those who break laws – and gun laws are no different. If it were up to them, only hardened criminals would even go to prison.

Liccardo thinks that he has a solution – yet he doesn’t even know how to define an “assault weapon.”

The San Jose mayor has laid out a 10-point plan that will be added to the gun control process. He wants licensed gun sellers to video gun sales. Further, he wants gun owners to purchase liability insurance.

The problem is that doesn’t actually stop anyone from picking up a gun and killing someone. The press release from the San Jose government invites all cities in California to join San Jose to support the appeal from the 9th Circuit that would invalidate the three-decade-old ban on assault weapons.

California wants to ban assault weapons, even though the federal government says that it’s unconstitutional. On June 4 of this year, U.S. District Judge Robert T. Benitez ruled against the state’s ban.

Even if they did get the ban back into place, it wouldn’t have helped San Jose avoid the mass murder – they used handguns.

The press release from the city even admits “Criminals won’t obey these mandates.”

Then why have the mandates at all? Why are we going to make criminals the exception to the law? The mandates will only make it harder for law-abiding citizens to acquire guns that they use for sport, for self-defense, and for hunting.

California seems to be out of touch with reality. The goal is not to take the guns away from law-abiding citizens. The goal is to get criminals to stop using guns. The way to do that is to focus more heavily on mental health. Further, it’s necessary to offer more deterrents, not less.

The state is so over-ruled by liberals that they are not even thinking. They’re content to let the criminals dictate everything. And as a result, many companies and individuals are packing their bags and moving out of the state.

Perhaps if Liccardo picked up a gun and learned how to use it, he would understand how to create gun control laws that actually made sense…