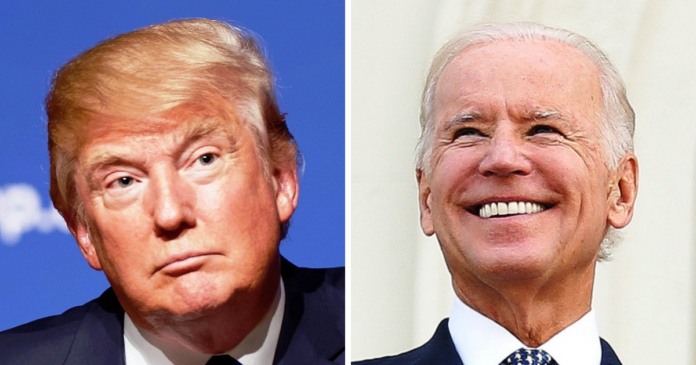 The Biden administration places no stock in anything Donald Trump and his merry band of patriots were able to accomplish. If Trump did it, they want to do it over and claim the credit. It matters not if the evidence was made clear prior to Trump reaching any of his well-calculated decisions.

When the social media platform TikTok was investigated and proven to have strong links to China via their software applications, Trump went through the White House roof. He immediately called for further investigation as he threatened to pull the plug on the communist infiltrator. But in the midst of it all, in strolled Joe.

Joe Biden thinks the platform may or may not present a national security risk since he refuses to recognize his predecessors’ work. He took it upon himself to cancel Trump’s investigation order so he can re-issue his own. “If it don’t say Joe it don’t count no mo.”

Rather than simply opening the previous file, Biden signed an executive order directing the Commerce Department to complete an evidence-based analysis that China is acting up. He wants every bit of Chinese-developed app-type software to be reviewed. Every stinking bit of it. That’s a lot of stenches to sort through.

This order provides Biden with a three-fold benefit. Firstly, since thousands upon thousands of apps are driven by Chinese software it buys him more time to ignore the issue by saying, “We’re working on it.” Secondly, since his agents aren’t looking all that hard, if nothing is found he gets an extra round of ammo in his political gun to fire at Trump.

Third in line, and this would suit him the most, if anything does happen to be inadvertently discovered, Biden can flaunt the crown. It was all him. Win, win, win.

The current administration doesn’t feel like Trump was justified when he attempted to outlaw TikTok’s app from being available as a download on smartphones. They think he jumped the gun by relying solely on his gut. But this is only because they won’t look at what’s already been done.

Trump may have been guilty of being overzealous about what he was trying to achieve, or already had, but investigations of this nature were never spoken of. Remember, it was Donald Trump who said to never let the enemy know your coming and this is inclusive of while conducting the preliminary investigative work necessary to substantiate a final decision.

Biden also trashed the best and only viable solution. Trump had worked out one of his infamous deals with Walmart and Oracle that would have solved the problem. But no “mo.” The two American giants were willing to buy huge stocks of the Chinese-owned TikTok on the grounds of protecting national security.

This would have given them majority ownership and put an end to the hanky-panky. And, they would have allowed federal agents to keep a watch over the app. Trump had made it clear to TikTok. They either allow the sale to happen or they get permanently banned from the U.S. How do you like those options?

Trumps’ biggest concern was not from TikTok, WeChat, or other similar apps collecting secret government data they have no access to. It was about collecting information on U.S. citizens who signed up to use them, and in particular, TikTok that has the greatest amount of users.

It was the election cycle that caused the investigations to slow, but it was the declared winner of that election who would prefer washing his hands of the matter, but can’t. Too many people know about it. Too many of us are intently watching and waiting for answers that’ll probably never come.

In the meanwhile, the Chinese government is collecting battleships full of private information on U.S. citizens. They can read posts to find out anything they want to about someone. They’re habits. They’re likes and dislikes. What they had for supper. What do they do with this information?

You might find yourself the victim of a financial scam, but more than likely you’ll find yourself inundated with propaganda designed specifically around what they know will trigger you. The Chinese are very adept at the art of persuasion and it’s their habit to pick people off one by one.

As long as Biden remains chummy with the communists they’re going to keep doing what they’ve been doing so be careful out there in the great www. If you receive some information that walks and quacks like a duck, well…you know how the rest of it goes. Maintain your guard.