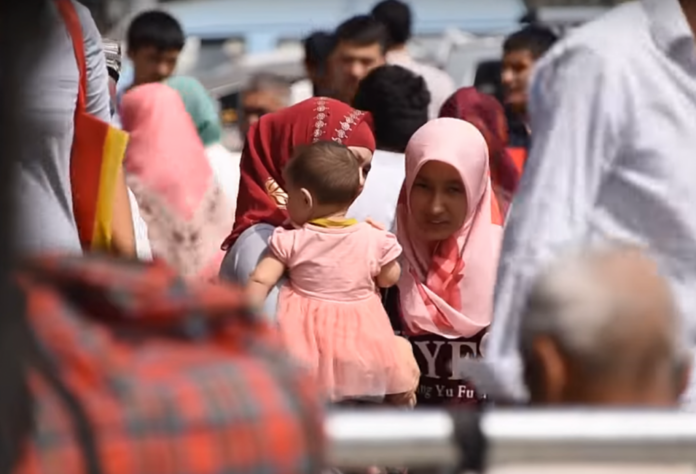 Certainly, by now everyone in the free world is aware of the atrocities being suffered by the Uyghur Muslims at the hands of their Chinese captors. Thousand of Uyghurs have been forced to live in horrid conditions where rapes and torture are the order of the day. So what’s being done about it? At this point in time, even with crystal clear evidence, not much.

Probes and investigations only serve to prove what’s already known, but they at least give the appearance of a caring world that feels just horrible for the captive slaves. Since it’s been a while since the last full-scale investigation took place, a group of lawyers in The Hauge, Netherlands, doesn’t want the Uyghurs to feel forgotten. So they’ve requested a new one. Second verse, same as the first…

With what’s going on in China receiving so much publicity it would seem the International Criminal Court would have already taken this water buffalo by the horns. But they require an excess of prodding and that’s where these lawyers enter the picture.

The team of international human rights lawyer’s presented the ICC with dump truckloads of undeniable evidence so they can’t worm out of getting involved this time around. They say the evidence places this case squarely in the lap of the ICC by establishing the global jurisdiction required for the tribunal to act accordingly.

The lawyers said they have in no uncertain terms made clear “that Uyghurs have been targeted, rounded up, forcibly disappeared and deported from Tajikistan back into China’s western Xinjiang region by Chinese operatives.”

They further stated that “Chinese authorities have directly intervened in Tajikistan. The ICC, therefore, has jurisdiction over these actions which start in Tajikistan and continue into China and urge ICC prosecutors to open an investigation without delay.”

The attorneys are citing a previous case that managed to pry the ICC from their seats. The case involved allegations concerning hundreds of thousands of Myanmar’s Rohingya people being deported and persecuted by state forces. Because Myanmar is not a member of the international court but their neighbor Bangladesh where they were deporting these people to is, the court agreed to look into the matter.

The ICC judges that they “may exercise jurisdiction over crimes when part of the criminal conduct takes place on the territory of a State Party.”

Just last year a team of lawyers in white hats thought they had enough ammo to make the international court dance. They were representing a group of Uyghur activists living in exile. Thousands of them were forced back to the land of their ancestors in Cambodia and Tajikistan. As long as they were requesting things the lawyers also asked the tribunal to look into allegations of genocide in Xinjiang.

Despite what they thought was concrete enough to win the court’s favor, the tribunal said, “there was no basis to proceed at this time with an investigation.” So good luck to these new guys.

This latest team of lawyers said, “it is clear that the ICC does have jurisdiction to open an investigation,” citing the premise of Tajikstan being a member of the international court. They’ve accumulated a stack of witness testimonies and information attained from investigations in the countries of exile.

Don’t for one second think any of this is small scale. Over one million Uhygurs, and still counting, have been forcibly relocated to slave camps in Xinjiang where they are forced to work an un-Godly amount of hours in horrendous conditions producing many of the products sold and enjoyed around the world. You may have some of them in your home. There’s no way to tell.

The Chinese government calls the barbwire prisons “re-education camps.” Cute, huh? The captives are subject to systematic birth control, unspeakable torture, and being separated from their families. Women are raped around the clock by guards, and men are often beaten senseless to keep them in line just in case they’re thinking about acting up.

Children are sexually abused and are oftentimes forced to perform sexual acts with one another. This is much to the squealing delight of their audience of prison officials, guards, and their honored guests.

While it appears as though this team of human rights lawyers has their ducks in a row, previously rejected lawyers have felt the same. But with the tiny relatively unheard-of country of Tajikstan entering the picture this time out, they may just have something. Smart move, guys. But is it smart enough?