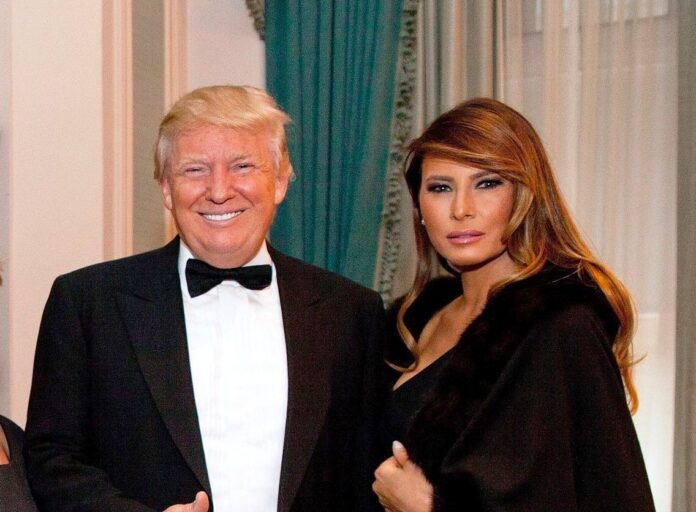 There have to be a number of Americans who are very sad at the moment. The past four years have been quite the wild ride if you will excuse the phrase. The heartbreak that Trump supporters must be feeling right now is hard to put into the words. Simply put, there will never be another president like him.

Once it came time to hear his farewell speech, we are more than sure that there were no dry eyes in the house for anyone who truly cares about the future of democracy. The powerful speech was not aimed at the elites who want him gone so badly. It was all about the people who matter the most to him: his supporters.

Trump has promised that his movement will live on and we believe him. The next four years are going to be filled with rallies that cannot be silenced by his enemies. While there are many who could not share their thoughts about the speech on social media because they have been silenced by the mainstream media, we are still here to discuss it.

There are some who have noticed certain aspects of the speech. For starters, the speech was not referred to as a farewell speech by the president himself. The media slapped that label on it, as a form of wishful thinking. Anyone who knows what Trump is all about knows that he can’t be silenced, no matter what happens.

The possibilities are endless. There have already been discussions about a new social media platform that is designed for the conservative thinker. Since Parler and other similar apps are being shut down before they have a chance to spread any further, it is high time that someone came up with a viable alternative.

Maybe there will even be a more Trump-centric news network to come, as well. This is all speculation, obviously. Everyone knows that the president is going to find a way to continue to spread his message, regardless of what has taken place so far. It’s not a “farewell” speech, it’s a “farewell” speech. The real Trump supporters know the difference.

His legacy will live on in the way that people approach elections going forward. Those who were once willing to vote for moderate Democrats or Republicans in name only are no longer going to be ready to compromise. Now that patriots have gotten a taste of what it is like to vote for someone who always has their best interests at heart, how can anyone ever go back to the old ways of doing things?

The liberals can get rid of Trump himself but they are never going to be able to get rid of the message that he has implanted in the American people. The status quo was upended and people got to see what it might be like if we always had a president who was raw and unfiltered. Now, we are going back to the good old milquetoast days and it remains to be seen if America as a whole is ready for that.

Even the liberals who have spent the past few years dunking on every tweet are going to find it hard to remain as invested. We have all seen the mentality that they are displaying on social media right now. They seem to think that Biden is some sort of perfect angel that they no longer have to pay any attention to. That point of view is going to bite them square in the you know what.

They may believe that Biden is the one who will save them from the mean old orange man but it won’t be long before the complaining starts back up. As for the rest of us, we are simply hoping that the impeachment proceedings do not go as planned. Trump is definitely going to be running again in 2024, we just know it.