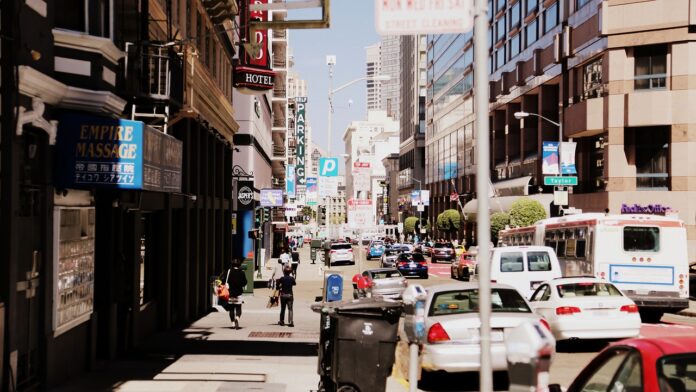 Why is it that the liberals continue to make problems instead of fixing the ones that are already in place?

The pandemic has hit a significant amount of the country hard. People are without jobs. They’re without homes. And, most importantly, they’re without food.

Los Angeles County is proof that there are Americans who are hungry. Shouldn’t we take care of feeding Americans before we invite millions of starving migrants into the country?

The migrants may need some help. However, the bleeding-heart liberals are going to sink our country into despair. We cannot help everyone. We are but one country – and we have flaws.

It is not just about wanting to help mankind. It is about making hard decisions to ensure that we are able to care for our own.

When there are Americans starving in LA County, it doesn’t make sense to pass an amnesty deal that would allow millions of migrants to stay put. Allowing them to become citizens means that there are that many more mouths to feed. Most who want in aren’t foreign graduates. They’re poor – and they’re only going to drag our economy down with them.

The U.S. Census Bureau identified that 1 in 10 Americans reported that they didn’t have enough food to eat.

There are food insecurities everywhere. People don’t have enough money for food – and the food banks can’t keep up.

While there are problems like this in virtually every major city of the U.S., it’s not quite as problematic as it is in LA County.

In April of last year, food insecurity surged to incredible rates – 39% of low-income households and 26% of all households weren’t sure if they’d have enough to feed their families.

By October, there were some improvements – however, over 10% of the total population in LA County are remaining food-insecure. Many of these are low-income families as well as women and Latinos.

Guess what? If we allow migrants to have a free pass to come into the country, there are going to be more low-income situations. The food insecurity will rise – and what, then?

The problem has always been around in one form or another in Los Angeles. However, the pandemic has made it considerably worse.

Too much of the economy is closed, too many people aren’t working, and the cost of food is more than what so many can afford. Grocery prices have risen by over 3%. Farming and production and distribution have been negatively impacted by the pandemic. Plus, grocery stores and restaurants are shortening their hours, making it harder for those who do work to gain access to food when the stores are open.

With insufficient food comes public health concerns and poor nutrition. It can affect school-age children because of not having enough food so that they can focus on the curriculum. Meanwhile, it can lead to heart disease and diabetes, putting more of a burden on the healthcare system.

There are problems. It’s easy to see. Plenty of reports are made about the food shortages in LA. Politicians can look in any major city to see that there are food shortages.

Yet, the Dems don’t care. Their bleeding hearts will bankrupt the entire country because they want to help anyone and everyone.

We have to feed our own. Only once we can feed our own can we worry about feeding others. Without using some kind of sensible thinking, we’re only going to compound the problems.

It’s clearer than ever before that the answer is to close the borders. We need that wall. We can’t just open things up and grant amnesty.

Let’s focus on Americans. Once we can feed everyone, then let the liberals have a field day helping the needy. However, the needy right now is the American people.