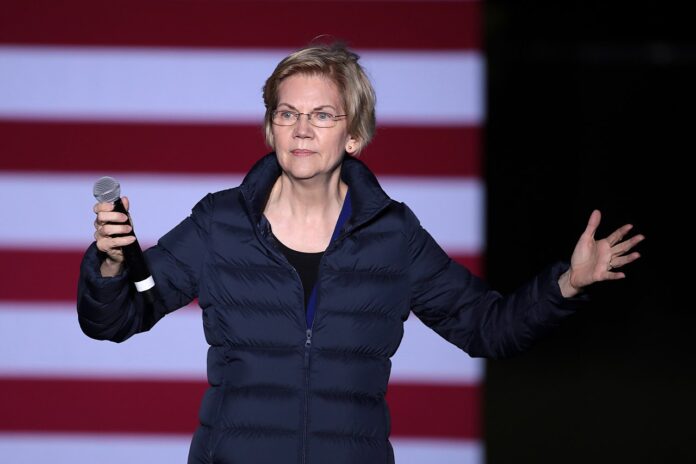 We can add one more to the list of questionable comments that have come from Democratic Senator Elizabeth Warren. With some intensity, the senator from Maine, challenged her fellow federal lawmakers to confront the escalating use of cryptocurrency. Here’s where it gets interesting…she blamed Bitcoin for the increasing climate change crisis.

Warren was speaking before the Senate Banking Subcommittee hearing, she was there as a “consumer advocate” and an opponent of Wall Street banks, according to Yahoo News. Her message claimed that cryptocurrency is responsible for an increase in international crime, a rise in carbon emissions, and more.

Here are the senator’s own words: “Cryptocurrency has created opportunities to scam investors, assist criminals, and worsen the climate crisis.” Warren went on to say, “The threats posed by crypto show that Congress and federal regulators can’t continue to hide out, hoping that crypto will go away. It won’t. It’s time to confront these issues head-on.”

She didn’t stop with the hearing. Later Warren suggested on social media that “one of the easiest and least disruptive things” federal legislators can do to stop the “climate crisis” is to take action against “environmentally wasteful” cryptocurrencies.

Warren tweeted this post: “Bitcoin requires so much computing activity that it eats up more energy than entire countries. One of the easiest and least disruptive things we can do to fight the #ClimateCrisis is to crack down on environmentally wasteful cryptocurrencies.”

She doubled down indicating that mining Bitcoin was even more destructive to the environment than traditional banking. And echoed this same response while interviewing with Yahoo Finance. She told the outlet’s editor in chief that “with bitcoin, and with the other cryptocurrencies, I think there’s a real issue about the environmental impact as well, this whole notion of how much energy is consumed just to keep the currency tracking going.”

Continuing, the senator said, “You don’t consume that kind of energy, in order to have money on deposit at a bank or a mutual fund. In that sense, bitcoin is very different, and in the 21st century, we’re becoming a lot more sensitive to the worldwide impacts of the choices we make.”

Elizabeth Warren believes that she has a viable alternative to “solve” her crisis. She is proposing a Federal Reserve-backed “digital dollar” that she claims could make banking easier for low-income Americans and those without access to traditional banking structures.

GOP leaders and some other critics of the current Federal Reserve-backed banking system expressed skepticism towards what seems to be something similar to cryptocurrency only backed by a world government.

One of the vocal leaders, Sen. Pat Toomey (R-PA), went toe-to-toe with Warren stating that “we don’t need a state-sponsored bank interfering with this successful free-enterprise system.”

The criticism only got worse on social media. Some revealed that Warren wrote checks to bankers with massive fortunes while she worked with the Obama administration’s Asset Relief Program. Those checks went to major energy consumers. And she did all this work traveling in her private jet that consumed lots of carbon. Some others in social media noted that there are much greater threats to the environment that the senator is completely ignoring.

NASDAQ reported this: “Cathie Wood of ARK Investment Management says the bitcoin ecosystem consumes less than 10% of the energy compared to the energy consumption of the traditional banking system. It’s also vital to understand that the banking system is extensively large and serves billions of people.”

You’ve got to wonder, with the intensity of the response, if Senator Warren would still stand on her position.